The Anti-Aging Guide to Travelling Gracefully 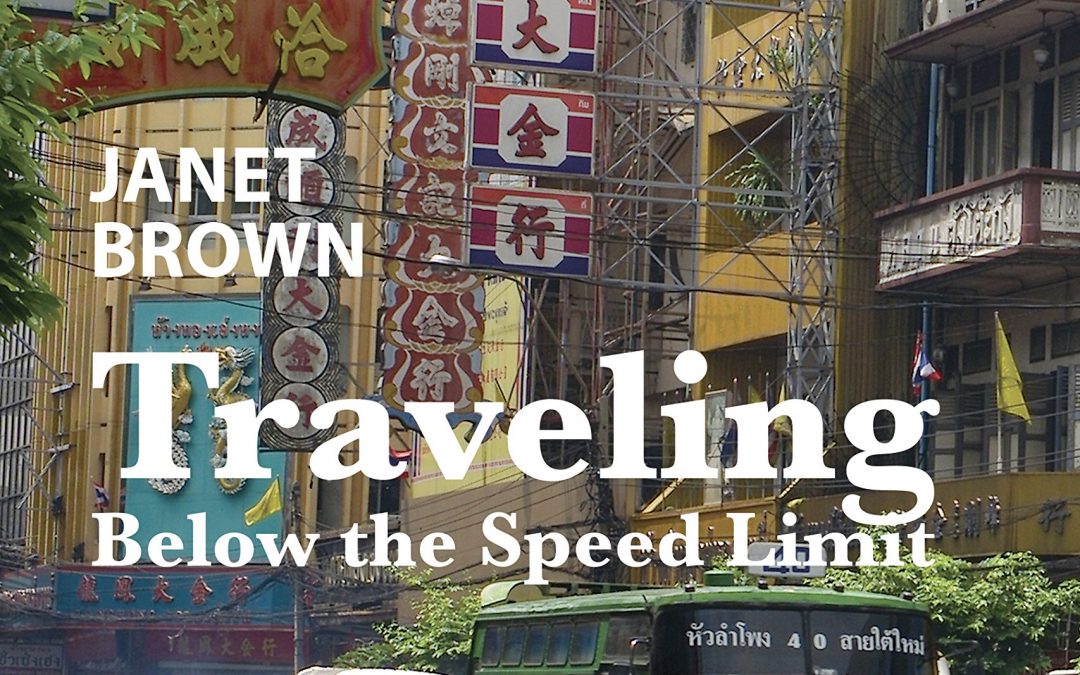 Travel as an anti-aging agent is a persistent theme in this absorbing memoir.

Throughout her witty and adeptly written travel memoirs, Janet Brown has taken the adage that “life is a journey” to a multifaceted extreme.

In previous books, she has led readers through her discoveries of Thailand in “Tone Deaf in Bangkok (And Other Places),” Hong Kong, Beijing and Penang in “Almost Home: The Asian Search of a Geographic Trollop” and growing up in Alaska (a foreign country to most of us) in what may well be her most moving memoir, which also doubles as a biography of her late mother, “Light and Silence: Growing Up in My Mother’s Alaska.” 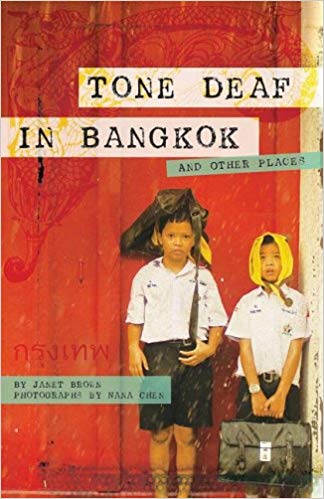 Janet’s first book orbits around her expat days in Bangkok. 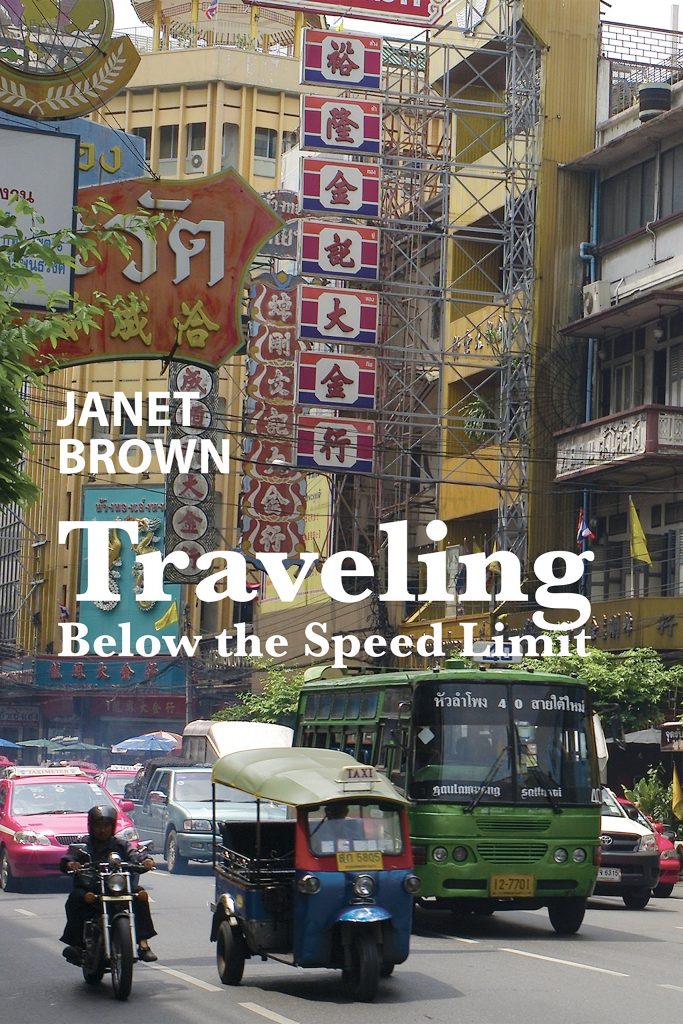 Published by Things Asian Press, her new book is available from Amazon as both an ebook and paperback.

In her most recent book, she chronicles some of the biggest changes befalling her old neighborhood in Bangkok, and in the political corridors of Thailand and the expat community, which also allows her plenty of room to ruminate on the aging process, for countries age and change just like people do.

Anti-aging may be a buzzword in popular health and science, but isn’t that a contradiction in terms? Nobody stops aging except in a speculative fiction story. 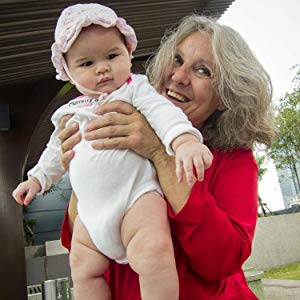 The author with her grandchild

Books about the subject tend to be medical tomes or self-help books. They don’t fall into the travel genre. At a time, however, when people are living longer and still exploring the world, “Traveling Below the Speed Limit” has a lot to say about that process and, as you can glean from the title, says them in unpretentious ways with some uplifting moments along the way and a lot of low-key humor.

For Thai-ophiles the book works fine as a standalone, but if you’ve read any of her other travel books that reference the kingdom, “Traveling” serves as a culmination of two decades of both living there as an expat or coming back as a frequent returnee.

When looking at these two very distinct time periods, the tone and observations are wistful without descending into bitterness. As I pointed out in an earlier review of “Tone Deaf,” among travel writers, Janet is the anti-Paul Theroux. Where he finds much to gripe about, which is true of so many annoying travelers and boring expats – beware the conversation that begins with “You should have seen this place 20 years ago.” – she finds much to marvel over.

Age has not handicapped that quality.

The author’s ability to find the magic in everyday life, while keeping her eyes open and antennae up, may well be her approach to retaining a mentally youthful and fully engaged spirit.

The sub-text of this book – travel as a tonic and an agent of anti-aging – is something we can all practice and benefit from.

Jim Algie’s latest book is “On the Night Joey Ramone Died: Tales of Rock and Punk from Bangkok, New York, Cambodia and Norway,” which is available from Amazon.