Notes on a Semi-Career as a Punk and Rock Musician

Inspired by Alice Cooper, Black Sabbath and the New York Dolls, Jim began writing lyrics for songs when he was 12 and tried to form a band with his brother and classmates, which quickly derailed because none of them could play anything except the fool. When punk broke in the late 1970s musical prowess counted for far less than balls and bravado. After learning how to play a couple of songs by the Ramones on bass and guitar he began jamming with other local self-taught musicians and formed a series of short-lived local bands in Edmonton, Alberta like the Urban Surfers, the Malibu Kens and Shit from Hell.

His longest tenure was as the bass-slinger and sporadic songsmith with Jerry Jerry and the Sons of Rhythm Orchestra, who helped to fertilize the cow-punk revolution in North America with the good shit they farmed from country, blues, rockabilly, glam, gospel and punk. (An early TV show appearance is here.) He played on their first two albums, Road Gore: The Band That Drank Too Much (Og Records, 1985) and Battle Hymn of the Apartment (Pipeline Records, 1987), co-writing “Hell and Back” on the first album, and the band’s signature song “Runaway Lane,” and “In the Hands of the Lord” on “Battle Hymn.” He notched up another co-songwriting credit on the song “Banner Day” from the group’s third album, Don’t Mind If I Do, though he did not play on that record. In 1996, Battle Hymn of the Apartment ranked #74 in Chart’s Top 100 Canadian Albums of All Time reader poll and still receives airplay on college radio stations in Canada.

After leaving that band in 1988 he teamed up with The Asexuals, Montreal’s pop-punk progenitors, helping the group to expand its sound on their most adventurous and acclaimed album, Dish (Cargo Records, 1988), by adding his rockabilly and cow-punk influences.

Renowned for his breakneck performances and having the lowest-slung bass in music, he was lauded by Now, Toronto’s entertainment listings weekly, as “the musician who has reinvented dangerous rock ‘n’ roll maneuvers onstage in the 1980s,” while the Montreal Gazette referred to him as the “Keith Richards of the bass guitar.”

Along the way, he worked as a roadie, rock critic, campus radio DJ, gig promoter and also hosted one of the first cable TV shows on punk and new wave in North America.

In early 1991, he hung up his battle-axe, leaving the Asexuals after a successful 10-country tour of Europe to move to Barcelona and concentrate on a writing career.

He later wrote the liner notes for the Asexuals’ compilation album Greater than Later from 2000, detailing his hilariously disastrous final night with the group that almost left him permanent paralyzed after falling off the side of a four-metre-high stage at a punk club in Berlin.

In more recent years, he has refused to jump on the nostalgia bandwagon, turning down reunion tours with both his main groups, as he would prefer not to be out there past his punk prime, though he wishes his former band-mates well, and hopes that they will tightly secure their colostomy bags before hitting the stage.

In any mental case, he’s glad to see some of the fan videos that have turned up for his bands’ old songs, including “The Drift” by Jerry Jerry and The Asexuals’ “Dish,” set to the climactic shootout in Scarface, which have struck a whole series of power chords with younger listeners, and to collect the odd pittance of a songwriting royalty check.

In 2017, an album recorded live in the CBC studios by the Asexuals will be released by an indie label in Canada, and a collection of musical memoirs, literature and punk history written by Jim, called On the Night Joey Ramone Died has been released, bringing his musical journey full circle.

CRITICS SING THE PRAISES OF BLAKE CHEETAH
“Cheetah is the Keith Richards of the bass guitar.”
– The Montreal Gazette 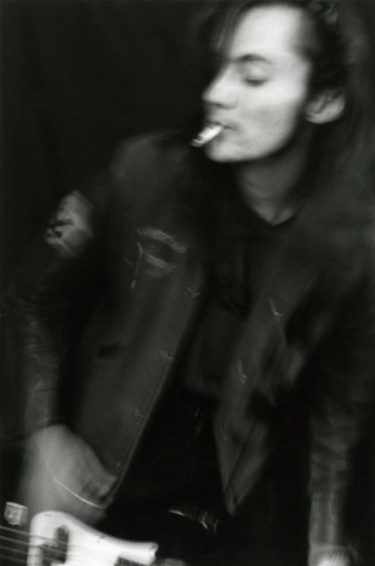