The Complete and Uncensored Doug Stanhope Interview from Bangkok 101 magazine 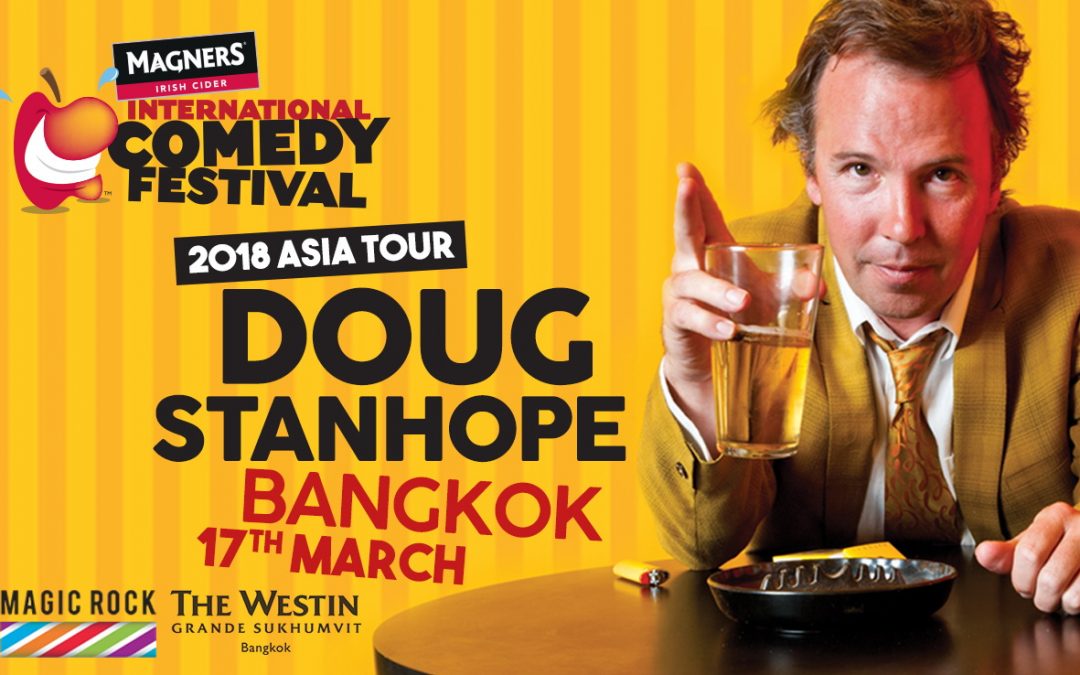 With a world tour in progress, a new memoir in bookstores, and celebrity fans like Johnny Depp and Marilyn Manson doing PR for him, Doug Stanhope is on a winning streak that will see him come to Bangkok for the first time ever to mix up a 50-proof highball of black and bawdy comedy.

I know these are your first gigs in Southeast Asia but have you actually traveled in the region before?

Not to speak of. I did some military bases in Korea and Japan in 1994 but was too broke to go do anything off base. Now I have spending money with none of the interest.

I’ve heard you make passing references to Bangkok onstage, and the Killing Fields of Cambodia and participating in a live sex show in Japan, but will you doing any Asia-specific material while on tour over here?

I have nothing planned but I’m sure the longer I’m there the more I’ll have to talk about. I imagine nights of being goaded by locals into drinking some type of septic alcohol concoctions with a chicken head floating in the bottom will turn up stories. I’ll pass on the sex shows though. I’m too old to make myself believe they are actually enjoying themselves. 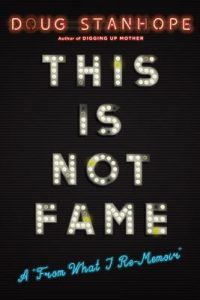 The new “re-memoir” by Doug Stanhope

What do you think are the funniest or weirdest bits of your new book This Is Not Fame?

The Costa Rica story is fun for me because it includes crooked police, high-paranoia and tops off with violent public diarrhea which is a fail-safe for hilarious. The weirdest part has to be simply the fact that Dr. Drew Pinsky wrote the forward after the egregious public beating I gave him on an earlier special. He is quite the gentleman and good sport.

You routinely joke about topping the comedian’s death pool. Have you toned down the drinking and partying in recent years?

No and yes. I drink more but it’s less of a party. More like maintenance drinking without the funny hats.

As a standup renowned for extreme and edgy material, have you ever rejected bits that seemed too controversial or that just didn’t work at gigs?

I may avoid a bit that has a better than even odds of resulting in immediate physical violence depending on my proximity to a fire exit but I am professional enough to skip a bit that has repeatedly not gotten laughs. I’m on top of my game like that.

After your acclaimed role as the down-and-out comedian Eddie Mack on the Louis CK show, will we see Doug Stanhope acting in any more shows or movies?

I have a couple of lines in an upcoming episode of Roseanne. That should assure that I never get another opportunity. My best work was playing me on Louie and it led to zero offers. So probably not. Or maybe on the news.

Since you’ve now got a big cult following over the world and celebrity supporters like Johnny Depp and Marilyn Manson, do you want to be any more popular or infamous than you are now?

Once you have Manson and Depp in your cult, you quit while you’re ahead. Now to join the cult it’s like “Fight Club” where you have to stand on my porch for days being berated. 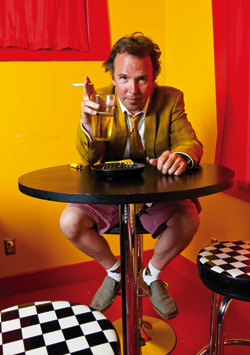 In that bit about ISIS in your most recent special where you talk about you’re the only comic doing the weird shit that do you, what do you think your most original contributions to standup are?

Knowing when I’ve had enough. Being aware that it’s okay to not have to be bigger, better, more well known. Above all the hooker/drug/drunk/violent diarrhea stories in my last book, the underlying theme was being comfortable with not being addicted to fame. 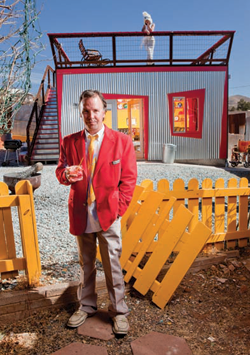 Doug Stanhope at the FunHouse in Arizona with his gal pal Bingo in the background.

I’ve had a few comedian friends who were always trying out their new material on me. Is that something you do with your buddies?

Absolutely fucking not. But also, when you do say something stage-worthy to your friends in conversation, don’t hesitate to grab a cocktail napkin and write it down. It ruins the tempo of the dialogue much like stopping a one-night stand to put on a rubber but in both instances it’s worth it.

When I’m really bummed out I get on Youtube and watch you, or Hicks or Bill Burr and use those shows as antidepressants. Has comedy had that kind of positive influence on your life too?

If you had to write your own epitaph for your tombstone what that might be?

It would be “What’s Time To A Pig?” Because when you’re dead, you don’t feel a need to explain the joke.

The only question Doug Stanhope ducked in the interview was the final one about what he was going to do in Bangkok. Judging by the comment in This Is Not Fame, “The truth is I have zero interest in any country’s culture, history or landmarks. I like their bars, prisons and mental institutions, the latter two not easily toured,” it’s not likely that you will see him in Bangkok other than at his show at the Westin Grand Sukhumvit on Saturday, March 17 at 8pm. As he also says in that “re-memoir,” referring to travel or life or anything really, “It doesn’t mean anything to me unless it’s funny.”

The expanded 2018 edition of Jim Algie’s latest book, “On the Night Joey Ramone Died: Tales of rock and punk from Bangkok, New York, Cambodia and Norway,” contains a new, 130-page nonfiction section of “Rock Writings and Musical Memoirs” that riffs on the author’s “Close Encounters with Rock Stars” such as Joe Strummer, the Pixies, Ice-T, Pearl Jam, Soundgarden, Jim Carroll and the Jesus and Mary Chain, while “My Last Gig and Worst Onstage Disaster” chronicles a near-death experience he had in Berlin. The new front cover blurb came from the renowned author and hit songwriter, Timothy Hallinan, who called it “the funniest sad book and the saddest funny book I’ve read in a long time.” The new paperback is available from Amazon for US$12.99 while the ebook sells for US$2.99.

New paperback cover of On the Night Joey Ramone Died

Hunter S Thompson’s famous quip is included in the book as a kind of mantra. 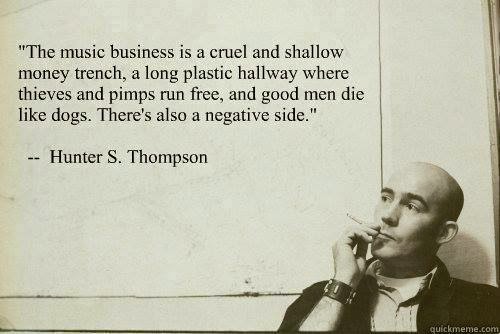