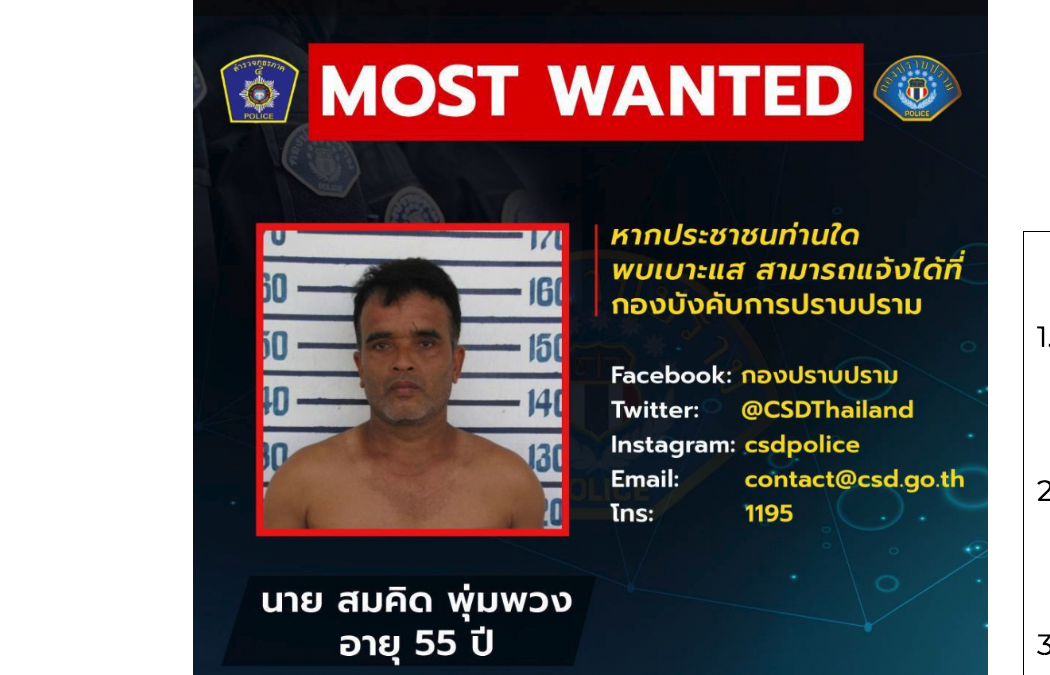 After the recent arrest of a serial killer dubbed Thailand’s “Jack the Ripper,” released from jail earlier this year only to kill again, Jim Algie looks back at a true crime show from 2013 called “The Masseuse Murders” which chronicles his deadly deeds. The subjects interviewed for the documentary include the Thai policemen who worked on the case, prostitutes who worked with the victims, and the author himself, who provides background details on serial murder and the flesh trade.

In early 2005 the body of a masseuse was found strangled to death in a luxury hotel in Mukdahan, a provincial city overlooking the Mekong River in northeastern Thailand. Over the next few months the cadavers of more masseuses and karaoke singers turned up in other parts of the country in what may be only the second case of serial murder in the history of Thailand.

The first such serial killer was See Ouey Sae Nguan, a Chinese immigrant who went on a carnage and cannibalism spree in Bangkok’s Chinatown and the eastern seaboard around Rayong province in the late 1950s. His preserved corpse is on display at the Songkran Niyomsane Forensic Medical Museum in Bangkok.

Since I wrote about him in the non-fiction collection Bizarre Thailand (2010) and later in a noirish novella called “The Legendary Nobody” in The Phantom Lover and Other Thrilling Tales of Thailand (2014), the Indian directors of a true-crime show about the masseuse murders contacted me to be an interview subject.

For the TV show, which originally aired on the Asia Crime Investigation channel, the producers also did a series of interviews with some of the investigating officers, who discuss how the investigation proceeded by catching a couple of lucky breaks. Since the police procedural does not exist as a genre in Thailand, either in crime reporting or crime fiction, because the police are a law unto themselves, these interviews provide some rare insights into the investigative process. 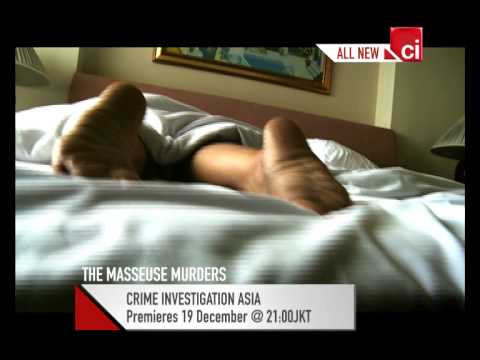 The 50-minute show chronicles the killing spree of Thailand’s Jack the Ripper.

BEHIND THE CRIME SCENES

In between the restaged murder scenes are clips of police file footage that show the crimes scenes, next to CCTV footage of the killer entering and exiting various hotels, with enough forensics to keep CSI buffs happy. The “Jack the Ripper” tag is not accurate though. Somkid strangled or drowned all his victims. He did not butcher them.

I am asked some of the usual questions about Thailand on subjects like prostitution and more unusual topics, like the traits associated with serial killers, such as pathological lying (think John Wayne Gacy), the constant swapping of identities (think Ted Bundy), and a delusional belief that they can never be nabbed (think Jeffrey Dahmer) which inspires more and more reckless acts that leads to their arrests.

Those parts are okay. I don’t always agree with myself. After appearing in TV shows or documentaries I usually wish that I could edit my speaking bits later so they sound more clever or insightful. The art of the sound-byte is often lost on authors who are used to explaining their points over the course of lengthy essays or book chapters. 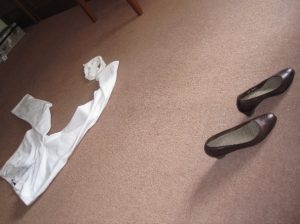 The aftermath of a hotel murder in northeast Thailand.

For me, the real highlights of The Masseuse Murders are the interviews with the different women talking about their deceased friends. In Mukdahan, a colleague of the slain karaoke singer, Warunee Pimpabutr, talks about the difficult life she had and yet remained such a cheerful and lively soul. Her boss, and the owner of the bar, Imchit Paklau, relates how Warunee, just 25 at the time of her death and the only person in her family with a job, had five brothers and sisters who had to walk many kilometers to school every morning. One of the reasons she was working in the karaoke bar was to buy a motorcycle for her siblings so they could drive to school instead of walking.

Far from being portrayed as passive victims, these women are framed as fighters and survivors. During a police reenactment of one murder, a masseuse says, the serial killer Somkid Pompuang is attacked by a female colleague of the slain woman. And Imchit makes no bones about it when she says that the killer deserved the life sentence that he got.

It’s easy to glorify, or to moralize about the sex trade in Thailand, but the reality is more banal. Imchit says, “I spend so much time with these girls that I know nobody is here by choice. They do it for their parents and siblings. So please be sympathetic.”

Writer and director Mayurica Biswas took that advice to heart.

The complete true crime show about Thailand’s second serial killer is up on Youtube. 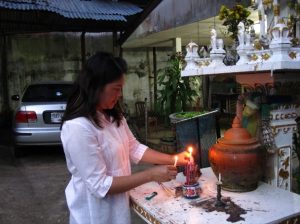 Friend pays tribute to a wife, a daughter, a sibling and victim of this serial killer.

Serial killers are notorious for debasing their victims in some way, either physically or emotionally, or through sexual acts like sodomy intended to make these pitiful characters feel superior to those they rape and slay.

That’s another reason why so many of them, like Somkid, enjoy using their bare hands to kill. Then they can feel the victim’s pulse throbbing in their throats, savor the fear in their eyes, watch their death throes stop and their bodies go limp.

In taking lives they have granted themselves the godlike powers of life and death – powers they have so often been denied in their powerless lives, like this chronic scammer pretending to be a talent scout for a big music label, among other guises, who was eventually sentenced to life in prison back in 2005 for murdering five women.

Best of all, The Masseuse Murders, which bears the fingerprints of a woman’s sure-handed and sympathetic touch, goes a long way to restoring the dignity of the women who died at the hands of a remorseless serial killer and conman.

It’s too bad the prison authorities who let him out of jail in May 2019 for good behaviour, after only serving 14 years, didn’t see this movie. If they had they would not have considered clemency and a 51-year-old lady in Khon Kaen province would not have been murdered last week by the Most Wanted Man in Thailand who was recently rearrested.

Jim Algie’s latest book, “On the Night Joey Ramone Died,” is a collection of his music lit and journalism that features a cover blurb from the popular mystery author Timothy Hallinan: “The funniest sad book and saddest funny book I’ve read in a long time.” The book is available on Amazon as a paperback and ebook.