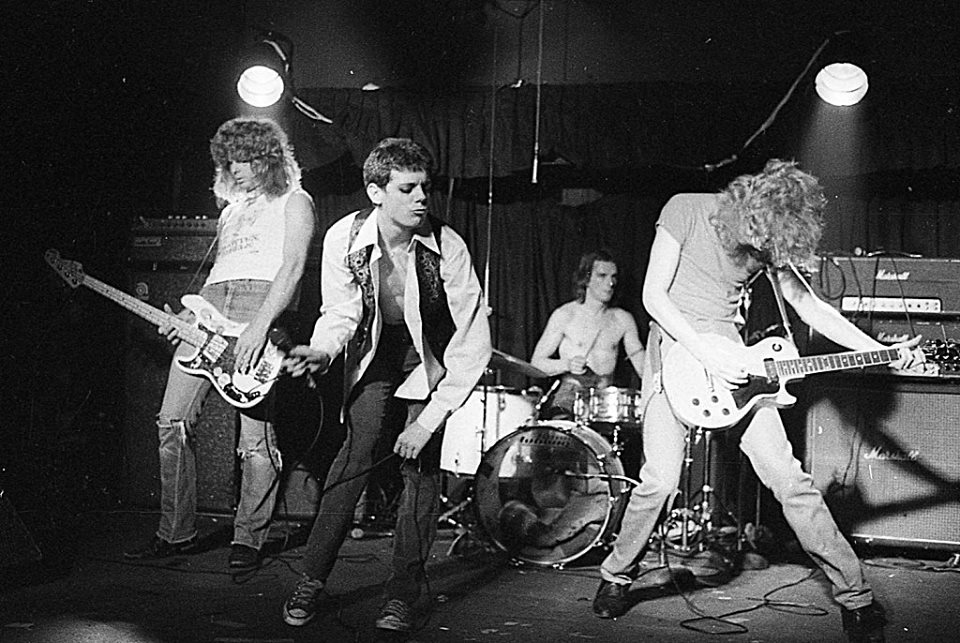 Jim Algie pays tribute to the hugely influential Teenage Head and recounts a humorous backstage encounter with the band’s bassist Steve Mahon in his latest book.

As a teenager myself no Canadian band of that era was more important to me than Teenage Head. Sometimes dubbed “Canada’s Ramones,” the comparison is not all that soundproof. It may help to explain their vast influence over the hordes of young punks and would-be musicians, but does little to describe their sound, which was more rooted in the rockabilly of the fifties than the sixties’ pop that the Ramones riffed on and pilfered from.

Lead singer Frankie Venom looked, sounded and performed like the “love child” of Elvis and Iggy. In their early years, he brought an aura of menace and a sense of mischief to their gigs that gave them an edge of wildness and unpredictability. At one campus show in a hall at the University of Alberta I saw, Frankie invited a couple of college girls wearing Hawaiian shirts onstage to sing backing vocals. By the last chorus of the song he was trying to tear their shirts off and the women had to duck, cover and flee the stage. 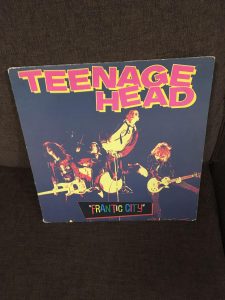 When we finally got to gig with Teenage Head at McGill University in the late 1980s, the singer was gone and so was the original drummer and backing vocalist Nick Stipanitz. Without them it was not my favorite incarnation of the band.

I write this with disappointment not pride, for it should have been the other way around, but we blew them off the stage, which is not to slam this pivotal group, because only a year later they reunited with Frankie to play a triumphant comeback gig in Toronto, which we drove eight hours in a snowstorm to see, and then soldiered on as the warhorses of Canadian punkabilly for another 20 years until the singer’s sadly premature passing in 2008. With different vocalists the band continues to give good Head. 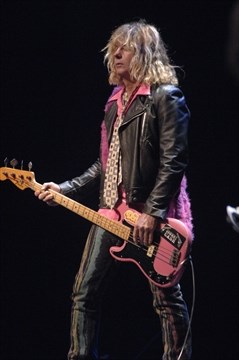 On that night in the Montreal university while wandering around backstage I was hoping to bump into the two founding members of Teenage Head still left in the band, guitarist Gordie Lewis who supplied much of the firepower and rhythm ace Steve Mahon on bass, to tell them how much they’d inspired me and so many other musicians we knew, but I didn’t see either of them.

Just as were walking down the hallway carrying our guitar cases and buttoning up our overcoats to face another minus-20, scrotum-shriveling winter’s night, somebody opened a door to my left – and that someone was the bassist of Teenage Head, Steve Mahon. In his black leather pants and with his long curly blond hair Steve always looked more like a hard rocker than a punk.

He looked at me. I looked at him. Then Steve smiled and said, “Do you play with a pick or your fingers?”

“A pick and you play with your fingers.”

Thus began and ended the musical segment of my conversation with an early rock hero of mine.

More pressing matters were at hand.

Steve said, “Hey, did you see those chicks from backstage? Which way did they go?”

I pointed straight ahead down the hallway. “They went that way.”

We shook hands, smiled at each other and said our goodbyes.

I’ve never seen any musician run as fast as that after playing a gig. If “Chasing Groupies” had become an Olympic event back then, Steve would have been a shoe-in for the gold medal.

Now he probably has only the dimmest recollection of our 30-second encounter, but if he could recall any of the real details he might think, “That scrawny prick from the not very Asexuals pointed me in the totally wrong direction of the chicks so he could try and poach them for himself.”

Steve, you’re not wrong about that.

All I can say is that in the music biz hero worship only goes so far. After that it’s every rocker, whether he plays with a pick or his fingers, for himself and his own greedy libido.

This story is extracted from a longer piece called “My Close Encounters with Rock Stars” which also features the Pixies, Leonard Cohen, Ice-T, Joe Strummer and Eddie Vedder, that appears in the 2018 edition of Jim Algie’s latest book, “On the Night Joey Ramone Died: Tales of Rock and Punk from Bangkok, New York, Cambodia and Norway.” The book is available as a paperback or ebook from Amazon.com.