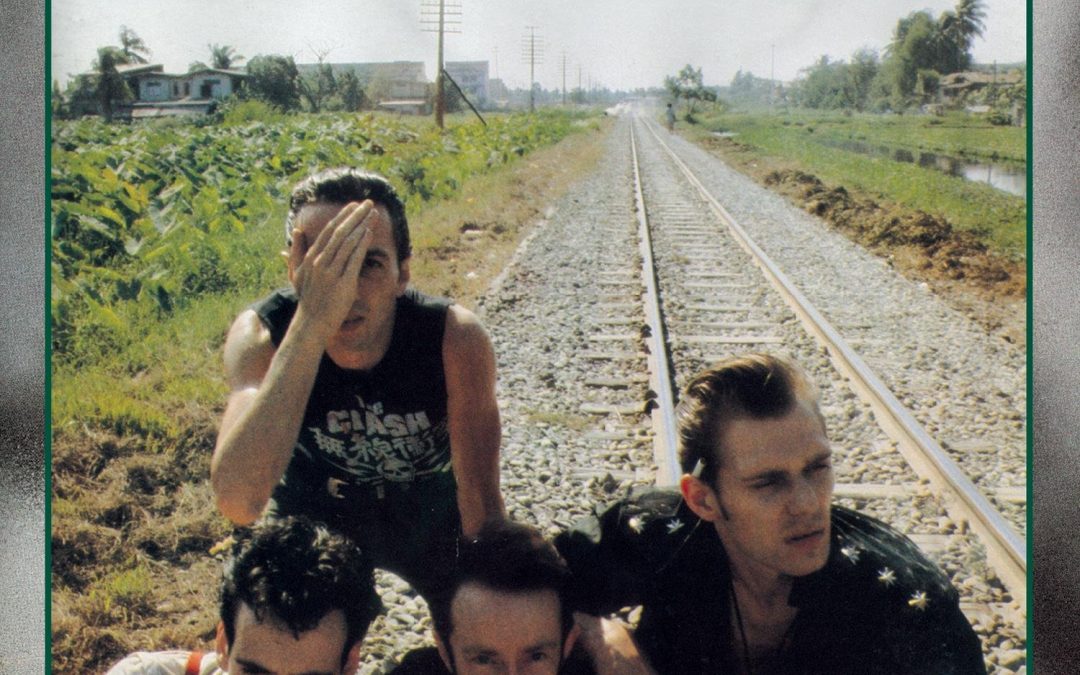 Bangkok rock history has been a sounding board for songs, album covers and gigs by everyone from the Clash and the Pretenders, to the Pogues, Bjork, Rush and Michael Jackson. 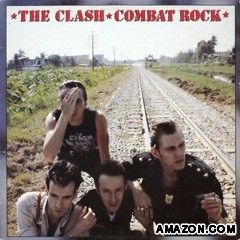 The cover of “Combat Rock,” The Clash’s biggest-selling album, was shot on a railway line just outside Bangkok. The capital was the last stop on a world tour that screeched to a grinding halt in 1982.

After a show at Thammasat University, the formidable foursome from England opted for some R and R in Bangkok that quickly turned calamitous.

Drummer Topper Headon, soon to be kicked out for heroin addiction, relapsed, while bass-slayer and heartthrob Paul Simonon came down with a tropical malady. Lead guitarist Mick Jones, who would only stick around for one more album, went AWOL and the band’s leader Joe Strummer hit the go-go bars while on an extended bender.

Far from behaving like the left-leaning radicals who made the triple album and rallying cry “Sandinista!”, the group ended up emulating the GIs they scorned in songs like “Charlie Don’t Surf” (a line pilfered from “Apocalypse Now”).

When photographer Pennie Smith (who also shot the cover for “London Calling” that shows Simonon smashing his bass) convened the “Combat Rock” photo session on the railway tracks, she said it was like watching the end of the line for punk’s most revolutionary act.

After years of racking up the miles and tour stops as relentless road warriors, The Clash met their Waterloo in Bangkok.

Years before Murray Head’s annoyingly catchy “One Night in Bangkok” pricked the ears (and some nether regions) of listeners around the world, Rush, the prog-rock brontosauruses from Toronto, were likely the first Western band to reference the capital in a real Bangkok rock song.

Still a staple of the group’s concerts, the track is an ode to hashish and marijuana half-baked in 1970s slang and sly references to “golden Acapulco nights.”

The verses make stopovers in Bogota, Jamaica, Morocco, Afghanistan and Kathmandu, but the chorus reeks of “Thai stick.”

“We’re on the train to Bangkok/Aboard the Thailand Express/We’ll hit the stops along the way/We only stop for the best.” 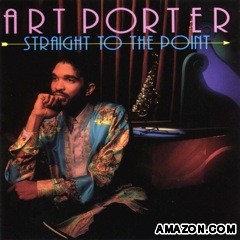 Art Porter became a jazz legend-in-the-making at the age of 16 when the future United States president Bill Clinton, a fellow saxophonist and then governor general of Arkansas, pushed for legislation to allow underage musicians to perform in the state’s clubs. That historic law became known as the “Art Porter Bill.”

The musician was at the apex of his tremendous abilities during a performance at the Golden Jubilee Jazz Festival that gripped Bangkok in 1996.

Porter and his band blew most of the other acts away with an upbeat set melding funk, soul and be-bop. It was rare to see a jazzman with a rock star’s sense of showmanship and stagecraft.

Two days later, on a holiday outing, Porter went for a boat ride on the Sai Yok Reservoir in Kanchanaburi province. Tragically, the boat sank in circumstances that remain murky, and father-of-two Porter — who was only 35 — was among several who drowned. 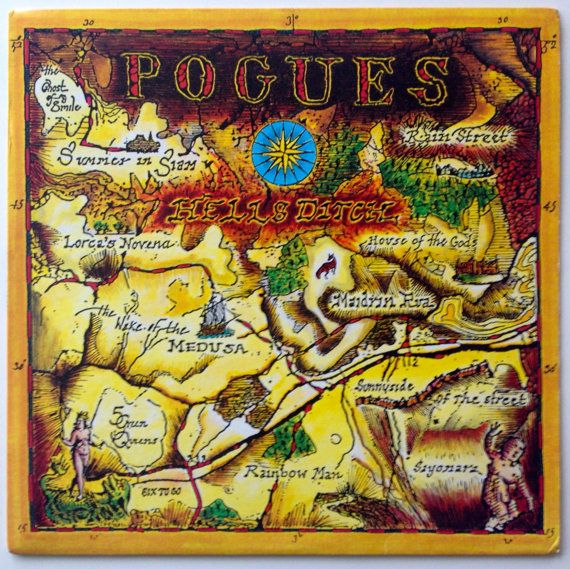 For fans of The Pogues’ lead wastrel, Shane McGowan, it should come as no surprise that Thailand used to be a favorite stop on his Asian tours of debauchery.

On the group’s last album before he departed, “Hell’s Ditch” (1990), produced by Joe Strummer, the Irishman wrote two songs about the country: “Summer in Siam” is a languid ballad, while the surf rock “House of the Gods” sings the praises of Pattaya Beach, Singha beer and local lasses.

The lyrics put a Thai slant on The Kinks’ “Lola” as the intoxicated protagonist picks up a woman only to flee in horror when he finds out that “she” is a ladyboy. 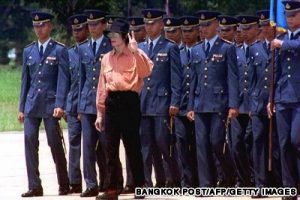 The 1997 economic crisis — which began in Thailand and rippled across Asia — silenced the live music scene in Bangkok. But beforehand the metropolis served as a one-night bandstand for incredible triple bills like Foo Fighters, Sonic Youth and the Beastie Boys, as well as stellar shows by Smashing Pumpkins, Suede, Mudhoney opening for Pearl Jam, and hoarier, more hirsute rockers like Black Sabbath (sans Ozzy Osbourne).

During those sonic boom years of double-digit growth, when the capital briefly shed its unsound image as a center of karaoke and processed-cheese cover bands, Michael Jackson caused the loudest commotion.

For Jackson’s August 1993 show, some 40,000 fans were sardined into the National Stadium.

During his stint in Bangkok, Jackson and his entourage took over an entire floor of the Mandarin Oriental. It was the superstar’s most high-profile segment of the “Dangerous” tour.

A story in the “Bangkok Post” summed up the melee and conflicting moods of the time: “Millions watched vicariously, if not queasily, as the king of pop ignored the growing storm of child-abuse allegations back in America, and hung around Thailand for the better part of a week. He hid under the then-famous black Fedora and behind a phalanx of bodyguards on a million-baht shopping tour, marched with handsome young graduating cadets at the military school, and of course posed with poor children.”

For alt rock aficionados, the Radiohead gig in the hall above the MBK mall hit the highest notes of the mid-1990s. So many fans were leaping up and down to the songs off the just-released debut album “Pablo Honey” that the ceiling began to buckle.

Traveling back to his hotel in the back of a tuk-tuk, guitarist Ed O’Brien said: “That was the happiest audience we’ve ever played to. Who smiles along to a song like ‘Creep’?” 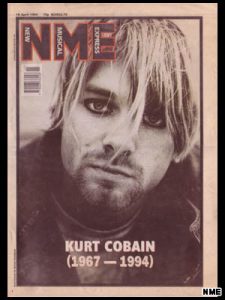 Two of England’s most renowned music photographers from the late 1980s and early 1990s have used Thailand as their home base and darkroom for the last decade. Simon Larbalestier’s reputation is framed by the covers he shot for The Pixies’ albums “Surfer Rosa,” “Doolittle” and “Bossanova.” More recently, he contributed images to a 72-page booklet included with the band’s boxed set “Minotaur.”

Martyn Goodacre, who once worked for magazines NME and Loaded, lives on Koh Samui. His portfolio includes images of the late INXS singer Michael Hutchence (posing with his Ferrari), Shane McGowan, Beck and one of the most reproduced images of Kurt Cobain.

Shot in 1990 when Nirvana was still a subterranean phenomenon, and four years before the singer went out with a big bang, Goodacre recalled the shoot: “Kurt was a tiny little guy who seemed quite miserable and hardly spoke two words. Actually, I remember taking this photo quite clearly because in all the others his eyes were a bit squinty, but then he opened them up completely.”

The image of Bjork, that Icelandic pixie, needed some serious retouching when she attacked reporter Julie Kaufman after landing in Bangkok for a gig in 1996.

Bjork said she was worried about the journalist harassing her son Sindri. Later, she apologized to Kaufman, who did not press charges, in this infamous Bangkok rock legend.

The more charitable side of the singer’s character emerged after the tsunami laid waste to coastal communities in Southeast Asia on December 26, 2004. Bjork solicited submissions from other musicians and fans covering or remixing her track “Army of Me.”

These versions appeared on an album called Army of Mixes that raised US$250,000 for a fund to bail out the victims’ families. 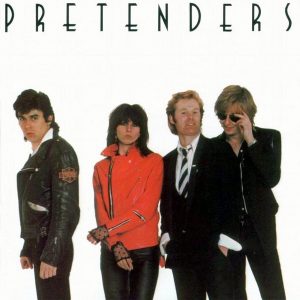 The band’s first and best album made up much of the setlist at the group’s Bangkok rock comeback show.

8. Requiem for a rock band

As the final riff in this requiem, Farndon drowned in his bathtub after a heroin overdose only a year later. At the time of his demise, he had been trying to put a new band together with fellow junkie, Topper Headon, formerly of The Clash.

The emotional overtones of the group’s next single, “Back on the Chain Gang,” echo the grief and resilience of singer and rhythm guitarist Chrissie Hynde. “I found a picture of you what hijacked my world that night/To a place in the past we’ve been cast out of/Now we’re back in the fight.”

Known to perform the song with tears glittering in her eyes, Hynde moans in the last verse, “Those were the happiest days of my life.”

In 2004, The Pretenders played their first gig in Thailand since the original band’s curtain call. In the middle of the set, Hynde, who was backed by drummer and founding member Martin Chambers, paid homage to her fallen band mates, during one of the best Bangkok rock shows to date.

The following year, when Neil Young officially inducted them into the Rock and Roll Hall of Fame, Hynde saluted them once again.

“We’re paying tribute to James Honeyman Scott and Pete Farndon, without whom we wouldn’t be here. And on the other hand, without us, they might have been here, but that’s the way it works in rock ‘n’ roll.”

Jim Algie has written about Bangkok rock, the history of punk, and the touring, recording, writing and getting wasted lives of musicians in the literary work, On the Night Joey Ramone Died: Tales of rock and punk from Bangkok, New York, Cambodia and Norway, available from Amazon. 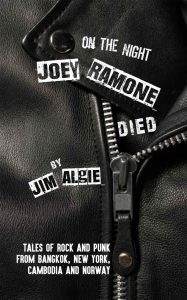