The debut solo album by Steven Bradley, who has spent much of his music career as a producer and sound-man and backing musician, reveals the harmonious benefits of staying power in a youth-crazy business.

Many middle-aged people are content to either rest on their laurels or their hemorrhoids. It’s an age to milk the teat of whatever cash cow you call a career before they put you out to pasture for good. A time to send the kids off to university, pay off the mortgage and plan your retirement somewhere safe, cheap and sunny to warm the winter years on a sun-lounger in the shade.

Normally, middle age is not the time to launch your first solo album and make your singing debut, not unless you’re Steven Bradley that is, a man normally found behind the mixing board or drum kit not in front of a microphone or standing center stage.

For those unfamiliar with the name, a little backstory will fill in the blanks. Back in the Montreal music scene of the late 1980s I first knew him as Steve Kravac. We enjoyed a pleasantly adversarial relationship (more pleasant on my part, more adversarial on his; he has some strong opinions). Steve provided the ace production and knob-twiddling for us on the second album by Jerry Jerry and the Sons of Rhythm Orchestra, “Battle Hymn of the Apartment,” as well as on “Dish,” the third record by the Asexuals, before going on to produce many bigger records and bands in LA, in addition to launching his own label, Porterhouse Records, which puts out original albums like this and vinyl editions of classic albums by the Gun Club, Germs, et al.

When you toss in a few hundred beers, chats and laughs we shared, this amounts to a full disclosure for the few still concerned about media transparency. Since I’ve only hung out with the guy twice in the last 30 years – and those were two drunken nights at a rockabilly festival in Las Vegas – and he records under a different name now, I can say what I like. Even friendships have a statute of limitations, right?

The truth is (and was), Steven Bradley Kravac and I always found plenty of common ground in music, from Big Star to Bob Mould of Husker Du fame and Teenage Fanclub, who are some of the sonic explorers and cartographers that mapped out the musical direction of these songs. 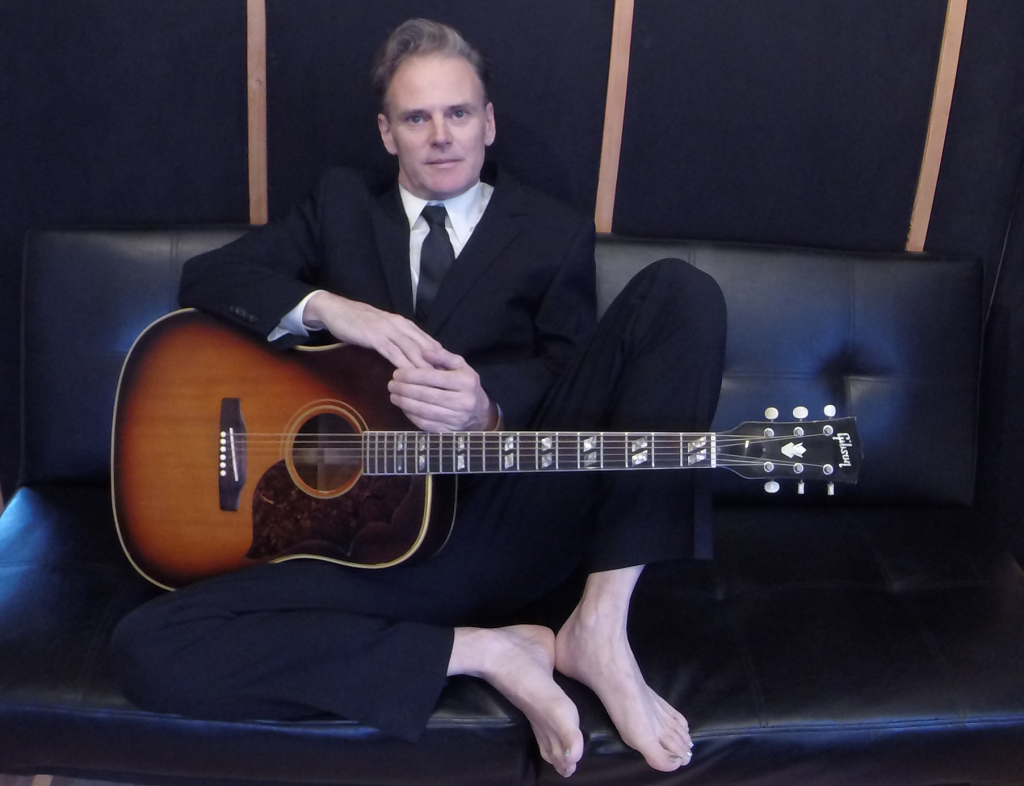 Pop music comes with a different set of criteria than, say, jazz or metal, where you might listen for the virtuosity of the playing or the sheer muscularity of the tracks. With the poppier albums like “Summer Bliss and Autumn Tears,” I’m mostly interested in how catchy the songs are and what sort of personal or emotional reverberations they give off. Many tracks fulfill both requirements, like “Pre-Emptive Strike,” the first video, a funny low-budget affair, as well as the catchy-as-the-flu title track and my own personal fave song here, “Hiding Place,” which covers some lyrical ground I’ve haven’t heard covered before; an ode to the joy of secrecy and solitude.

One of his strengths as a producer is how to bring out the melodies in any track and polish them like a jeweler while still leaving a few rough edges, for the true beauty of any gem or song or human lies in their imperfections. As you would expect from a guy who’s spent a lot of time behind a mixing board, both in the studio and on the road, the production is beautifully layered, allowing the acoustic and electric guitars, piano and backing harmonies to shine through. In places, all the backing vocals in verses and choruses get a bit cloying for my liking, but Steve’s been out in California for a while, soaking up that West Coast sound of bands like the Mamas and Papas and the Lovin’ Spoonful who sing and harmonize like their vocal cords have been shellacked with sunshine and they’ve never been punched in the face by a psychotic wino before (my bad). The production works best when it echoes the songs’ sentiments, as in the ending of “Capitol Hill,” where his reminiscences of growing up in Vancouver fade out in the last verse as surely as those old boyhood memories are fading away too.

The lyrics mostly skew towards ruminations on relationships, a familiar refrain in pop music but, for variety’s sake, “Can’t Come Home” wanders down some country byways, “Loose Ends” punches up the rock crunch, and “The Bargain” is a clever, all-acoustic closer that contains an endearing shout out to the late guitarist and music teacher George Wall. 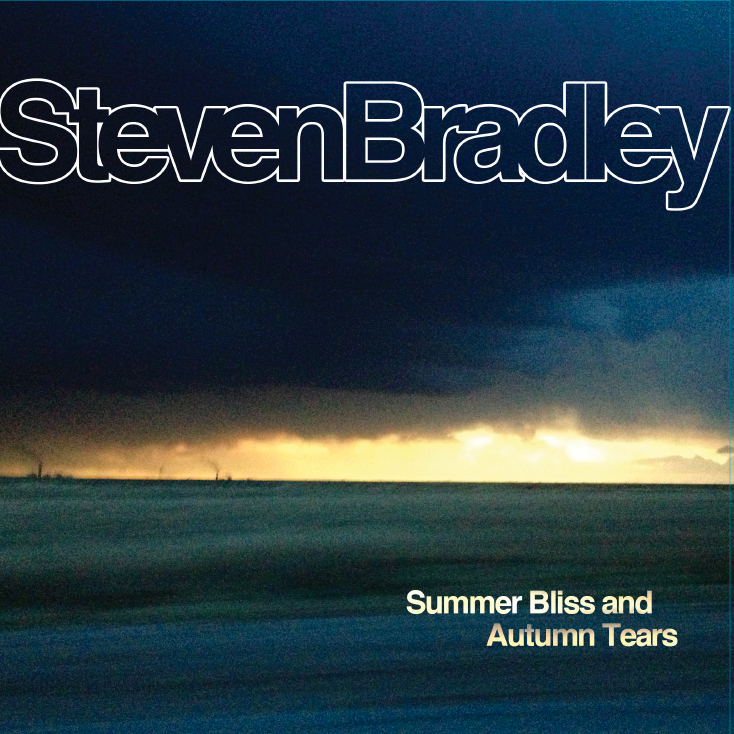 The debut album by Steven Bradley is available to stream on the website for Porterhouse Records and as a baby blue vinyl album here. Three songs are up on Spotify as well.

Steven Bradley did all the lead vocals on the record. I don’t think I’ve used the adjective “mellifluous” for a singer in any of the hundreds of music reviews I’ve written, but that sounds about right for his warm voice, which fits the material like a shrink-wrapped dust jacket.

He may have played quite a few of the instruments on these tracks, but most of it doesn’t sound like a vanity project, thanks to some expert backup from Wayne Kramer of the MC5, Steve McDonald from Redd Kross, some dude from Grapes of Wrath who I’m too lazy to look up right now, along with a host of other musicians who have played with everyone from Tom Waits to Social Distortion. The presence of so many top-notch players tells you how respected Steve is in the music business. They also bring more of a band dynamic to the recordings.

For fans of carbonated pop with a spritz of alcoholic spirits, this is a record to knock back in some long gulps. You can stream the album on the website for Porterhouse Records or order a special baby blue vinyl album that comes with a download code from his label.

On a different note, it’s uplifting to see a guy strike out on his own in middle age while most other musicians of a similar vintage are regurgitating their greatest bits on the reunion circuit, playing in dad-rock cover bands, or they’re dead and moldering under plastic flowers. If the style of pop songs on “Summer Bliss and Autumn Tears” is timeless then that makes the players seem kind of ageless too.

Earlier this year I wandered into a music pub in the city of Oaxaca in southern Mexico, to see a huge quote on the wall, “If you think you’re too old to rock and roll then you probably are,” by the late Lemmy Kilmister of Motorhead.

We know that Steven Bradley ain’t too old, because he made this sound testament to the importance of aging tunefully.

Many of Jim Algie’s best music stories, including profiles and encounters with everyone from Leonard Cohen to Ice T, the Pixies and Jim Carroll, as well as two interconnected novellas about one musician’s mid-life crisis and comeback attempt, are included in the collection “On the Night Joey Ramone Died: Tales of Rock and Punk from Bangkok, New York, Cambodia and Norway.” The ebook and paperback are available on Amazon. The acclaimed author, Timothy Hallinan, said, “The book captures the pop music world as well as, and in some cases better than, most actual rock autobiographies.”