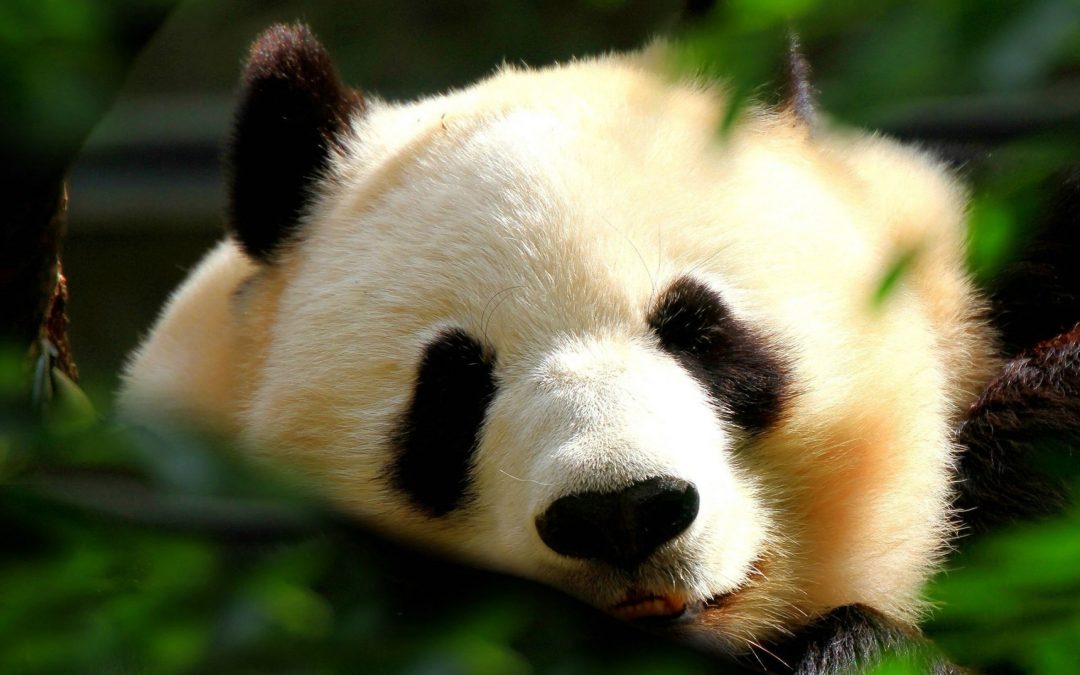 With the world’s first panda-themed hotel opening, a new voluntourist expedition to conserve them, and even couples dressing like them, the adorable sloths are coming out of hibernation

Pandas may be one of the most emblematic of endangered species and the mascot of the World Wildlife Fund, but only in Thailand has one of these cuddly creatures become a reality TV star. Viewers once tuned in 24/7 to marvel at Lin Ping’s astonishing displays of sloth and bamboo eating.

Not anymore. At the end of September 2013, Lin Ping was shipped back to China, on what THAI Airways romantically named “The Flight of Love,” from where her parents came on a loan, so she can find a proper mate and do some serious mating.

Born in Chiang Mai Zoo some four years ago, the checkerboard-colored beast was the zoo’s mammalian superstar-in-residence, attracting some 370,000 gawkers in her last year, which fed the zoo’s coffers to the sum of half a million American dollars.

To give Lin Ping a proper sendoff, zoo officials choreographed a series of farewell gestures in the form of traditional dances with Chinese spins and Lanna twists, as well as a procession to take her to the airport, where she was seen off by people in panda suits, governments officials, and a former prime minister, as though she was a renowned diplomat – and in a way she was, bridging cultural impasses and political divides with her gentle demeanour while serving as a mascot for the global plight of endangered species.

PANDA CENTRAL
Lin Ping has returned to her parent’s mother and fatherland in China’s Sichuan province, home to around 1,500 giant pandas, or around 80% of the world’s population.

The Chengdu Panda Research Base of Giant Panda Breeding is a bona fide tourist puller. Each year around 100,000 visitors come here. The largest such facility in the world, the centre is home to around 60 creatures, as well as red pandas and other hard-to-find species.

Many hotels in the capital, which is the gateway to Tibet, organize outings to the center for a reasonable RMB110, or thereabouts, for the transport and admission fee. Try to get there early in the morning before the bigger tour groups arrives. Feeding time is around 9am. That’s when the pandas are most active. After lunch these perpetually slothful creatures, who make cats look like five-year-olds with a sugar high by comparison, are mostly dormant.

Taking photos with a panda will get the goat of wildlife conservationists, but if you want bragging rights on Facebook or Weibo those photo ops cost RMB2,000.

To learn more about them, check out the Giant Panda Musuem on the premises and visit the nursery with videos of their beastly mating habits.

PANDA-FRIENDLY HOTELS
Near the base, in the shadow of Mount Emei, is the Haoduo Panda Hotel, billed as the world’s first such theme hotel.

Launched earlier this year, the 32 rooms in the hotel are given over to teddy bears, cartoons, paw prints, paintings and other decorations bearing likenesses of this much-loved beast. For a little Disney-style fun, the staff even dress up in bearish costumes.

The rooms are priced at US$48-80 dollars per night, and one has a mural of a scene from that Titanic tearjerker depicting those loving leads Leonardo DiCaprio and Kate Winslet.

Set to open at the beginning of 2014 is “Shangri-La’s Care for Panda Project.” Dreamed up by the hotel chain as one of their many CSR initiatives on wildlife and the environment, it’s an innovative project aimed at providing food security for these herbivores whose diet is mostly made up of bamboo. It’s attached to the Dujiangyan Giant Panda Rescue and Disease Control Centre, situated at the base of Mount Qing Cheng, 90 minutes from Chengdu.

This is where Lin Ping, the reality TV star from Thailand, is now housed, as she searches for a boyfriend. She and her mate will be returning to Thailand in the middle of next year on loan from the Chinese government for a grizzly-sized US$1 million per year.

When the “Shangri-La’s Care for Panda Project” at the new Dujiangyan Centre (population 30 pandas) is up and ambling by early next year, guests can tour the facilities, learn more about how to help conserve this iconic species (especially the old, infirm creatures) and even help to prepare food for them.

VOLUNTOURISM WITH PANDAS
For those with a scientific bent who want to get closer to these shy and elusive creatures, and also play a part in conserving them, Earthwatch is running a program at the Ya’an Bifengxia panda base in Sichuan province.

From October 21 to 27, members of the Earthwatch team will lend a scientific eye and a zookeeper’s hand by monitoring and feeding their black and white charges, as well as cleaning their cages. Voluntourists will also have to watch videos taken of pandas at the Wolong National Nature Reserve, Bifengxia’s sister panda base, to make notes about the beasts’ behavior, as some are being trained to be reintroduced into the wild: a tricky proposition given their lack of survival skills on the ground.

Having taken root in 1971, Earthwatch is one of the oldest and most reputable voluntourist organizations. If it’s too late to make plans for this year, “On the Trail of the Giant Pandas” is sure to be repeated in the years to come.

WEDDING COSTUMES
As panda mania continues to sweep Asia, this creature’s influence is even encroaching on the sacred turf of marriage. The photographers at Thailand Documentary Wedding Photography recently did a shoot at Suan Rod Fai (Railway Park) http://thailand-wedding-photographer.com/posts/preview-unusual-pre-wedding-at-a-park-in-bangkok-thailand.) in Bangkok, where a young couple from Hong Kong wanted to do their pre-wedding photos while dressed in panda costumes.

We’ll bet they’re going to have a wild honeymoon.