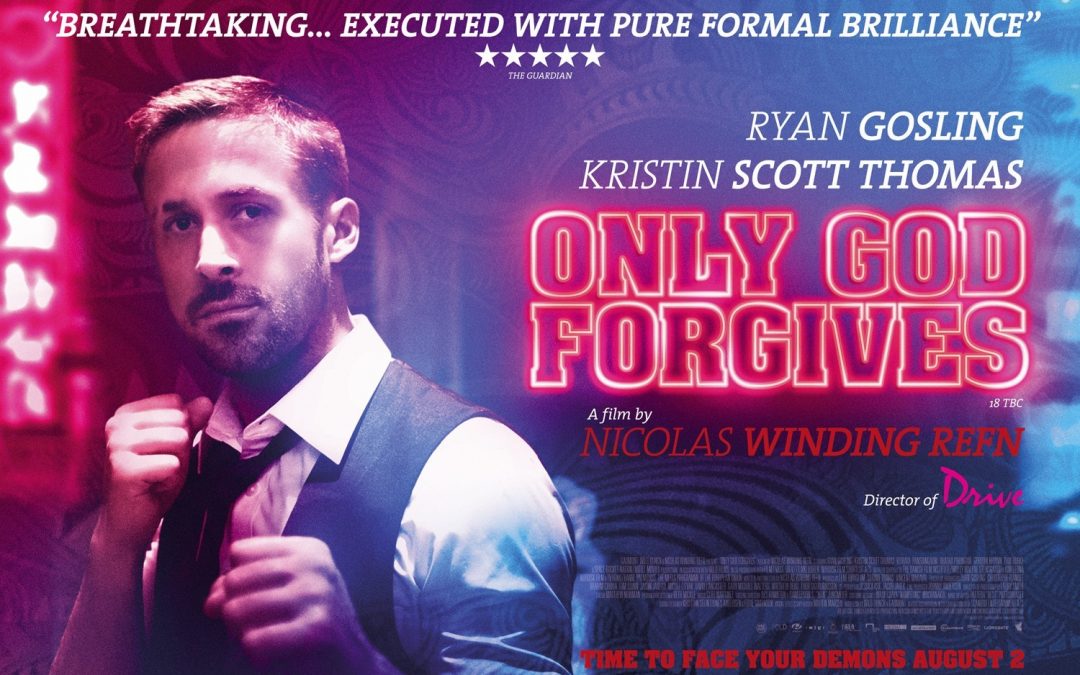 Bangkok has been referred to by Christian puritans, in the guise of journalists, novelists and filmmakers, as Babylon or Sodom and Gomorrah, countless times. In the new film, Only God Forgives, director and screenwriter Nicolas Winding Refn goes one step farther by lighting half the scenes as diabolically red as if he were filming Dante’s Inferno in the Thai capital. 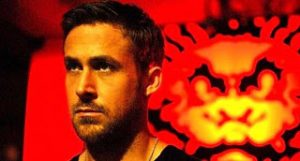 Bangkok is supposed to be hell on earth. That’s the film’s big picture. After some opening fisticuffs at a Muay Thai gym with a big red and black dragon on the wall, which is a front for a drug-dealing operation led by Julian (Ryan Gosling) and his older brother Billy, the scene cuts to Billy drinking in a “fishbowl brothel” and leering at the sex workers behind the glass. He asks the owner how many of them are women? The owner says, “Fifty fifty.” This is the first and second to last laugh in the movie.

The drunken redneck demands a young girl. The owner says cannot. Then the lout asks to rent his 14-year-old daughter. Once again the owner refuses. Enraged, Billy breaks a bottle over his head.

So he makes tracks for a different brothel where he murders a teenage girl. Like so many other aspects of this existential crime thriller, we never learn why. Leaving it vague, in the eyes and lenses of European arthouse directors, is supposed to connote mystery and artistry.

Enter the po-faced cop played by Vithaya Pansringarm. “Time to meet the devil,” as the movie poster’s tagline goes. He’s the one who metes out vengeance with a deadpan phrase or two and a sword like some Biblical character. Soon enough he’s embroiled in a plot where Billy has been killed by the father of the prostitute he murdered and his family is out for revenge. In fact, revenge seems to be the only force animating any of the characters. 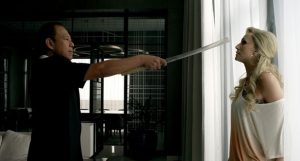 We don’t get to know Chang the cop or any of his subordinates. There’s only one scant scene where he arrives at home and apologizes to his wife for being late and then plays with his daughter. His main obsession is karaoke. The scenes of him singing romantic Thai pop songs while the other cops sit around watching and drinking soda (no bottles of booze in sight, and no wisecracks either, as is the norm with these hardnosed characters) are juxtaposed against the more brutal scenes. The music scenes are like comic relief (well, me and my Thai girlfriend and a few other people in the crowd were sniggering into our popcorn), and a fair depiction of Thailand’s sweet and sour extremities.

The only real moment of tension between her and Julian is when he demands that she give him the dress back and she takes it off in public. Pity poor Mai (Yaying Rhatha Phongnam). She’s got to play the stereotypical Thai prostitute and be the butt of the jokes. Other than that, she isn’t given very much to do except look forlorn, like most of the other characters do, and finger herself to an orgasm while Julian watches, his arms tied to a chair. 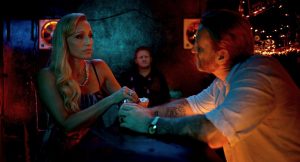 Ryan Gosling seems to be sleepwalking through his part, except for a long fight scene between him and the cop. In Drive, the last collaboration between the Danish director and the Canadian actor, he played a getaway driver. Similarly stoical as Julian in some ways, the antihero he plays in that thriller at least has a shot at redemption through his love for a woman. Only God Forgives offers no such escape hatch; this is noir of the darkest pitch and most nihilistic strain.

To the director’s credit, there are a lot of great Bangkok atmospherics. The city’s noodle stalls and street vendors add flashes of realism. Refn also knows how to craft a suspenseful scene rife with gory details. When the Thai cop is unraveling the plan to have him whacked, he catches a foreigner in a kitsch-crazed brothel and begins to interrogate him using the chopsticks from a hooker’s hair.

It’s a nasty scene pushed to torture-porn extremes. Many viewers will be reminded, no doubt, of Michael Madsen going psycho with the blowtorch in Reservoir Dogs. But Refn does not have Tarantino’s loony sense of humour, nor his taste in retro hits from the ‘70s.As the movie limped to its grim conclusion, I had forgotten about Tarantino’s bloodlust and David Lynch’s juxtapositions of horror and kitsch – (ie. the beating scene in Blue Velvet set to a sugary ‘60s’ hit with a woman in a beehive go-go dancing on a car), and started thinking more about Rainer Werner Fassbinder’s last film, Querelle.

Based on a novel by Jean Genet, the movie deals with a debauched sailor played by Brad Davis (Midnight Express) in a seedy port town lit almost entirely by hellish orange light. Fassbinder wanted to make it look like the end of the world. He must have sensed some personal apocalypse on the horizon because the German director died of a drug overdose at the age of 37 only a few months before the film’s premiere in 1982. 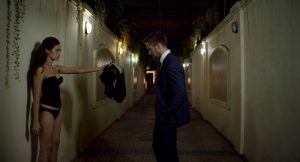 Yaying Rhatha Phongnam makes the most of a scanty role

But Querelle is set in France. That’s a more appropriate place for existential meditations on the human condition.

In Only God Forgives, the Bangkok setting is mostly there for a theatrical set and to up the titillation ante with the usual hookers and brothels. It’s like many of the foreign films shot here, such as Hangover 2 and the Chinese blockbuster Lost in Thailand – it doesn’t have much to do with Bangkok or Thailand.

The mindset of this film is still very European. For one tantalizing shot, when Gosling’s bloodied and bruised face is juxtaposed against the Buddha image on the cop’s wall, do we have a glimpse of how good this film could have been: a clash between Buddhist and Christian values, a tug-of-war between Thai and Western characters who fail to understand each other. With the exception of a few of Wong Kar-Wai’s films and the alienated killers in John Burdett’s novels Bangkok 8, Bangkok Tattoo and Vulture Peak, Western existentialism has never played well in Asia. The grim and empty nature of modern life that figures so prominently in European literature and cinema means nothing, both literally and figuratively, in Buddhist or Taoist thought, where emptiness is something to be cherished and cultivated. 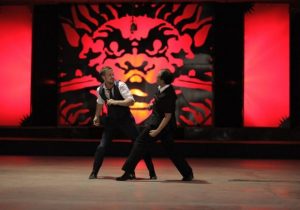 Buddhists covet peace. They worship silence. They are supposed to practice non-attachment to possessions and sensory phenomena, when they are not praying for winning lottery numbers. In one of Lao Tzu’s poems that underline the Taoist faith, he talks about how the useful part of the bowl is that which is empty: an apt analogy for the human mind and ego. 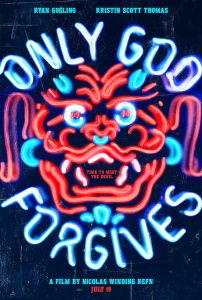 Drive, which also starred Ryan Gosling, is a much better film.