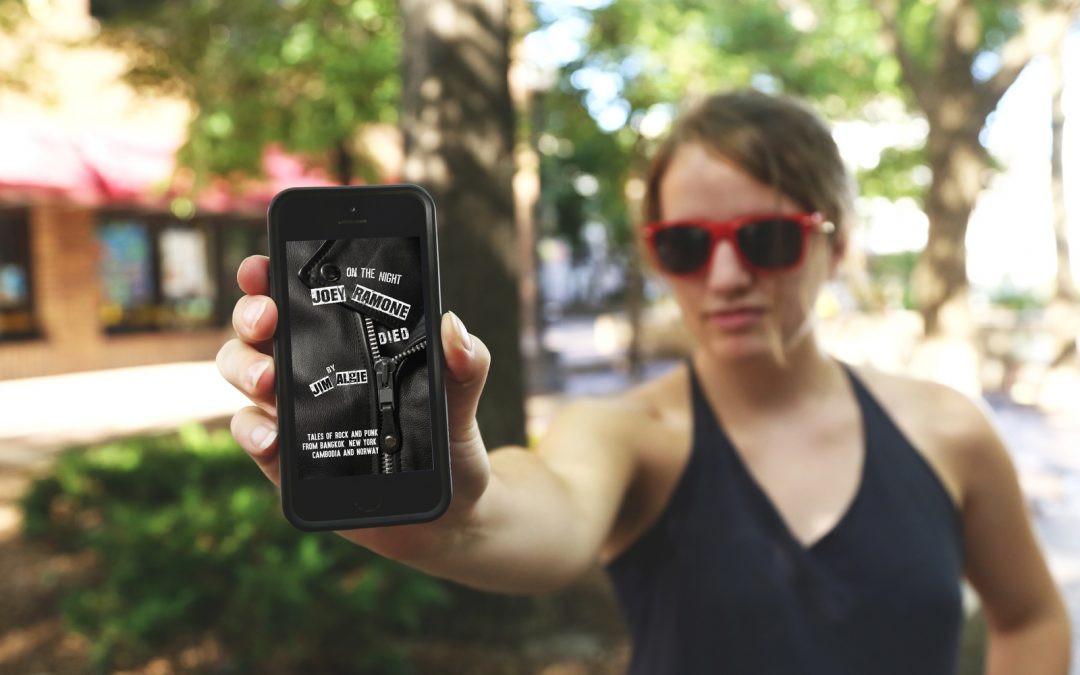 Jim Algie gets to revisit a past life as a punk rocker in the hugely entertaining ‘On The Night Joey Ramone Died’ writes Max Barclay of the Bangkok Post in the May 15, 2018 edition.

“Write what you know” is an axiom familiar to all who have learned the craft through correspondence courses on the subject. And it’s generally good advice, if not missing a qualifier: If what you know is irredeemably dull, please keep it to yourself and don’t inflict it on an unsuspecting reading public.

We don’t need to worry about that with Bangkok-based writer Jim Algie, a man whose knowledge comes not merely from different experiences that he’s lived but also from different lives entirely — with a moniker change to boot.

Over the past decade, with books like Bizarre Thailand and The Phantom Lover and Other Thrilling Tales of Thailand, Algie has neatly carved out a place for himself apart from the usual expat fare, the detective novels, thrillers and the like. He has instead dived into Thailand’s boundless world of ghosts, superstitions and the just generally improbable. What could and often is fodder for condescension or cheap cynicism in the hands of lesser writers is treated by Algie in his pair of Thailand-based books with interest and empathy. He seems to ask, “Hey, couldn’t we all use a little magic in our lives?” 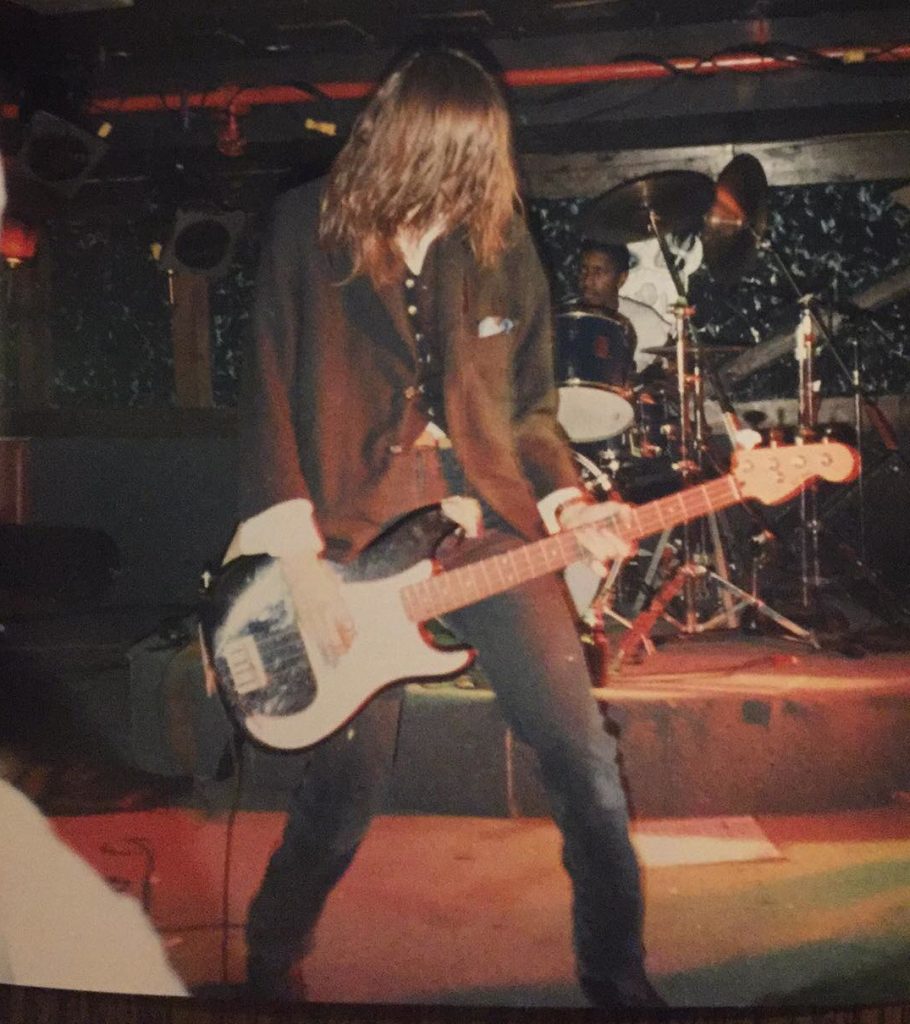 If there’s anything supernatural about On The Night Joey Ramone Died, it’s the fact that through it Algie himself gets to revisit a past life. In the 1980s, he emerged from the wilds of rural Alberta, Canada, and became “Blake Cheetah”, a punk rocker who Toronto’s NOW Magazine would go on to refer to as “the musician who has reinvented danger ous rock ‘n’ roll manoeuvres onstage in the 1980s”. The Cheetah toured the world and recorded with punk bands like the Asexuals and the alt-country Jerry Jerry and the Sons of Rhythm Orchestra.

Blake Cheetah runs no more. He was left behind in some dump hotel in Europe, presumably. Algie quit the music industry and moved to Bangkok, where he has earned his place as one of the city’s best writers. (And in a twist that couldn’t have been better if it were scripted, he’s helping out actual cheetahs now and other wildlife as an advocate for the Freeland organisation).

The hugely entertaining On The Night Joey Ramone Died marks a return of sorts for Algie to the business that he left years ago. Here we go from the spirit world of his earlier books to an industry where spirits are crushed daily as a part of progressive business practice.

Unlike Algie, former punk rocker Lek stayed in the music industry. And he ignored Neil Young’s advice — he decided it would be better to fade away than burn out.

New paperback cover of On the Night Joey Ramone Died

Lek was once as debauched as all of us who have ever harboured aspirations of stardom could ever hope to be, and now his star has faded to the point where what little light it still gives off is being used to illuminate the dreary career of a young actor/model/every-young-girl’s-dream pushed into a singer’s role for which he’s woefully ill equipped. Lek’s ex- wife hovers on the sidelines of the novel as a malevolent drunken force, and his son is distant, warped by years of witnessing things as a child that are really only meant for the eyes of the most dedicated and discreet roadie.

Lek is sober now, however he’s the definition of a dry drunk, with just a finger keeping in the floods. When he hears of the death of Joey Ramone — his personification of all that was good and desirable about the music industry — the swirling miasma of crap in ‘which he finds himself becomes too much to bear. Lek is locked in now: he’s not going to stay sober, and when his son introduces him to a beautiful blonde Norwegian English teacher who likes to drink, we’re off.

Algie avoids the predictable conflict between a smitten son being outmanned by a randy dad in the pursuit of a woman whose age falls between the two. No, the son really seemed to just want to improve his English, and the woman, when she’s finally glimpsed in half dress, is more bombed than bombshell — scarred, skeletal, and her walls are filled with images of the horrors of the Khmer Rouge. 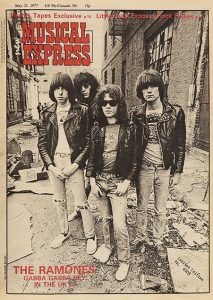 Algie doesn’t sulk in Lek’s break from sobriety — indeed, he is more prolific than he’s been in years now that he’s perpetually loaded and alcohol helps bring father and son together. There are also some hilarious scenes, including when a fully relapsed Lek uses his guitar to torment and gleefully mock a party of indignant expats, who do not care for his updated and targeted version of “Okie From Muskogee.”

She’s the perfect company for the type of scorched earth bender that some alcoholics seem to need to finally either quit forever or as a precursor to the grave or an institution. Lek throws in his lot with this woman, and everything else, including the sharply rendered relationship between the ageing punker and his son, must take a back seat as the reckoning of this disastrous pairing plays out. It’s a hell of a storm and as he’s in it, Lek starts writing again and drinking again. He seems to go by the old insane alcoholic’s mantra, “It was good to me once — it can be that way again.”

“Music is a sounding board for everyone’s most personal problems,”Lek says,“the kind of shit we wouldn’t dare say to each other, or maybe even admit to ourselves.”

And so too, maybe, is writing. On the Night Joey Ramone Died might be a meditation on that place we go to once we’ve moved beyond the madness or maybe on whether it’s even possible to make that trip. When you’re changing careers and lives, from punk to prose and back again, maybe this line from Pascal, quoted twice in Ramone, applies: “The heart has its reasons, of which reason knows nothing.” 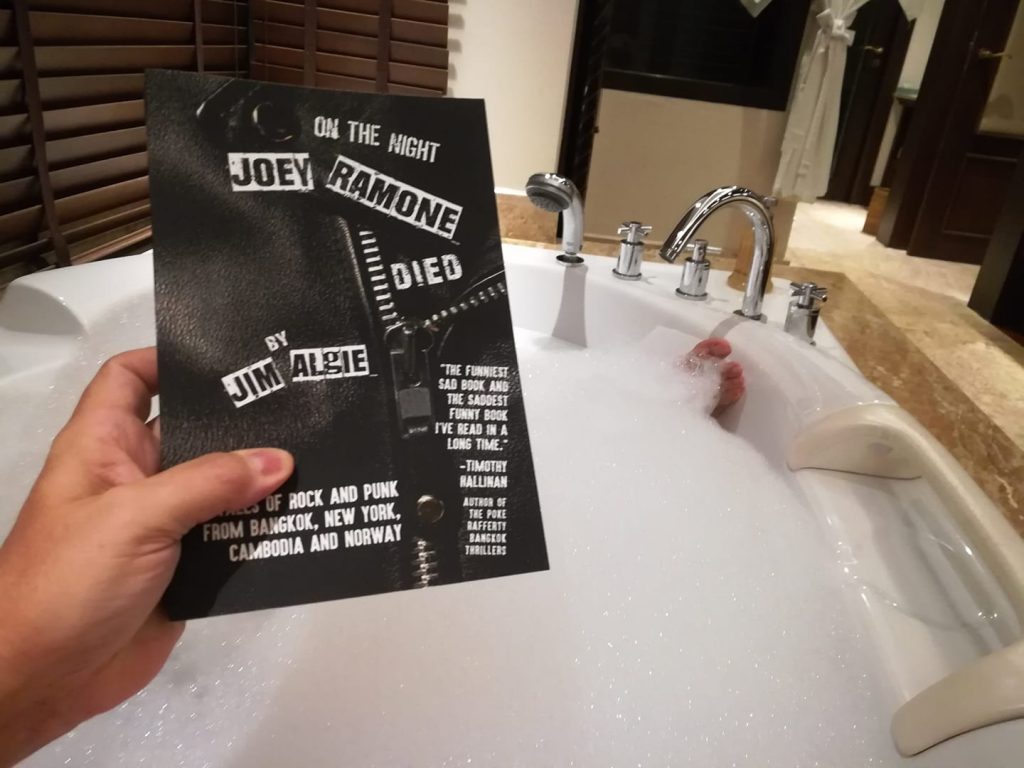 A reader sent in this picture.

The new and expanded ‘ON THE NIGHT JOEY RAMONE DIED: Tales of rock and punk from Bangkok, New York, Cambodia and Norway’ by Jim Algie contains a new 130-page nonfiction section of “Rock Writings and Musical Memoirs” along with a front cover blurb from acclaimed author and hit songwriter Tim Hallinan: “The funniest sad book and the saddest funny book I’ve read in a long time.” It’s available as an ebook or paperback from Amazon.com for a song.