Jim Algie Interview for Phuket News About His New Book 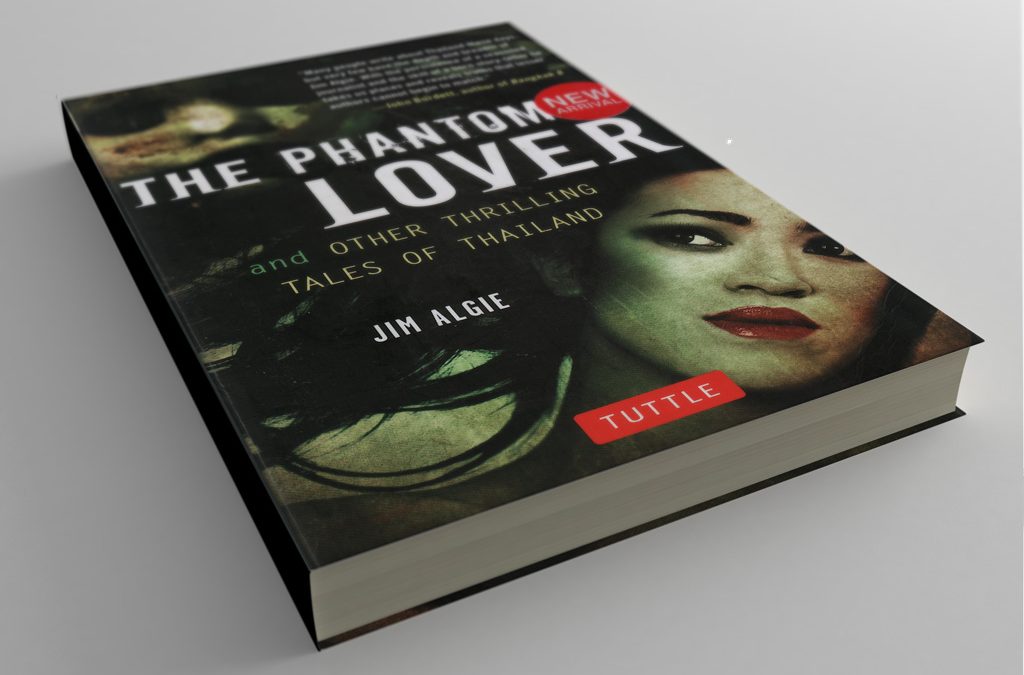 The Phuket News interviews Jim Algie, author of The Phantom Lover and Other Thrilling Tales of Thailand, about why quite often fiction is the only way to tell the truth about Thailand, in the February 5th, 2014 edition. Email interview by Jody Houton 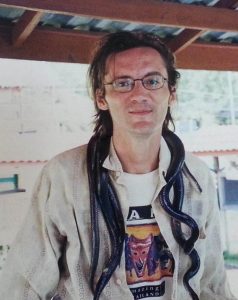 Jim Algie at the Phuket Snake Farm, which inspired the opening story in the book, “The Death Kiss of the King Cobra Show.”

What in your opinion were the main difficulties of marketing a collection of short stories about Thailand; a country that is not ‘really’ particularly well known by the international market?
Over the last decade some of the expat writers here have broken through in the West, most notably John Burdett, author of the crime series beginning with Bangkok 8.

John was kind enough to give me a front-cover blurb, so that is a big help in terms of having some international credibility.

There is a also a big Hollywood film being made based upon a Bangkok novel by Christopher Moore called Spirit House. Chris gave me a blurb for the back cover.

So the success stories of these two authors have opened the door for other writers and books.

In recent years, there has also been a boom in Asian horror. My collection is one of the only books to come out in English that illuminates the dark side of Thailand and such age-old rites as the Festival of the Hungry Ghosts, along with mythological figures like the Serpent King, or Phaya Nak, of Buddhist lore, and the straight-up realism of the crime underworld and capital punishment.

Many of your stories were based on actual events. Was this deliberate? Did you find any difficulties or responsibilities associated with writing fiction based on non-fiction?
As a journalist and travel writer based in Bangkok for two decades, I chose the most dramatic stories that I had, in some cases, already written about in non-fiction form and done plenty of research on, such as professional snake-handlers on Phuket and the Cobra Gold military exercises that used to be held there; the Asian tsunami of 2004; foreign photographers who work in danger zones in Thailand; my friendship with Thailand’s last executioner; and a different take on the country’s most infamous serial killer, See Ouey, whom I had written about in my non-fiction book, Bizarre Thailand: Tales of Crime, Sex and Black Magic.

Now that most journalism pieces have been dumbed down to 500-word snippets, or 30-second sound bytes on TV, the only place you can tell the in-depth truth, ironically enough, is in the realm of fiction.

Do you think Thai culture, myths and society lend itself to the literary world?
Thailand has an incredibly rich, original and just plain bizarre culture.

There’s so many different festivals, supernatural rituals, cultural curiosities, weird towns, like one in Isaan that is filled with sacred tortoises wandering the streets, and a religion combining Buddhism, Hinduism and animism, combined with so much crime, corruption and adultery in high places, that it’s one of the most colourful and compelling places on earth to write about.

Thailand is an ancient, almost medieval, society, with a congenial, high-tech façade. Once you delve below the surface you will quickly find yourself time travelling back to the 15th century.

As a foreigner in Thailand writing about Thailand, what were your particular challenges regarding gathering and certifying information and accounts?
In fiction you don’t have to worry so much about fact-checking. I was more concerned about making sure that the Thai characters are portrayed in convincing ways, and that I also included a few strong Thai and farang female protagonists, which is not something a lot of Western male authors do here. 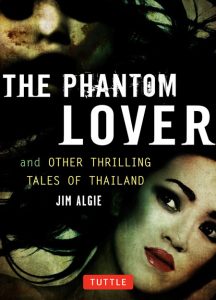 Which story in the book is your favourite and why?
The concluding novella, ‘Tsunami’, took eight years to write, from the time I went down to cover the story as a journalist.

Then I kept going back again and again to do more interviews, cover the anniversary ceremonies and see how the psychological aftershocks affected people for years to come.

Journalists usually hang around for about two weeks, do the usual five or six stories, with a business, environmental, human interest, scientific, or celebrity angle. Then they fly off like vultures to circle the next string of corpses at another catastrophe.

To get the big picture on a disaster of this magnitude, which claimed some 250,000 lives, and will most likely be the worst natural disaster of our lifetimes, takes years and years.

It’s not something you want to undertake lightly or cover superficially. There’s too much at stake.

Trying to figure out how to work in many of the characters from previous stories into the final novella to make it a kind of epilogue also ate up a lot of time and brain cells.

What is your next project?
I am one of those superstitious hacks who believe that talking about current, unfinished books puts a curse or jinx on them.

To buy a copy of this short fiction collection by Jim Algie go to the The Phantom Lover here.