Kamalaya: A Prototype for the Future of Wellness 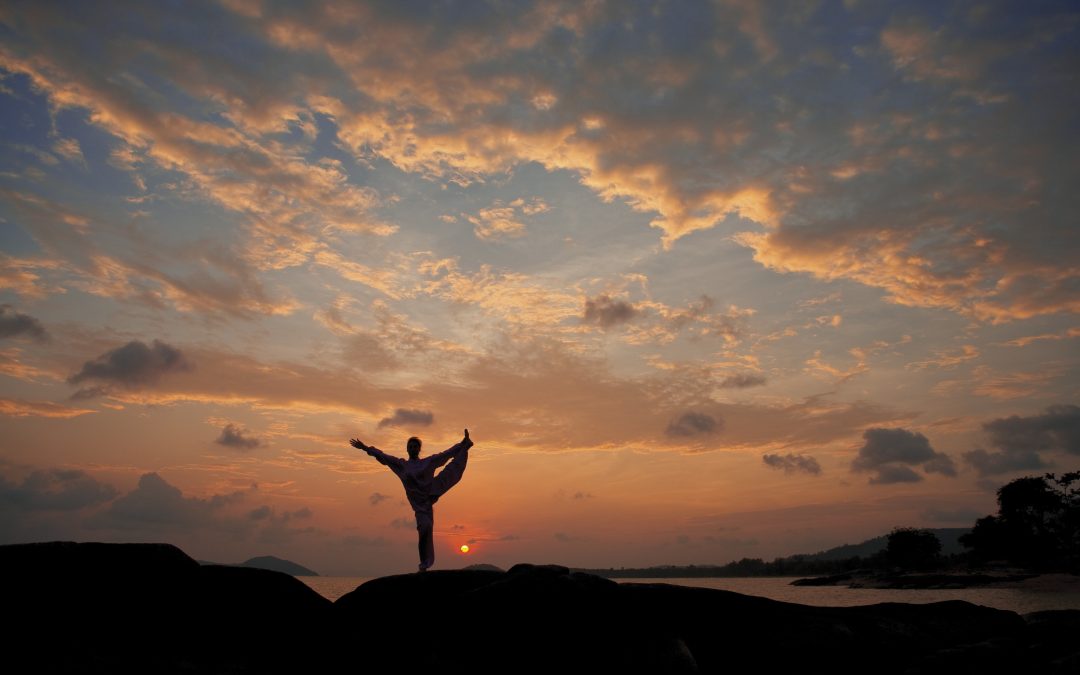 A holistic retreat on Koh Samui called Kamalaya caters to burnt-out execs by combining age-old disciplines with science, art, film screenings, traditional Chinese medicine and Ayurveda, as well as workshops on everything from meditation to Tibetan music and anger management
By Jim Algie

As a yogi connected to an ashram at the foot of the Himalayas, John Stewart and his cohorts spent seven years hauling rocks to build plots of land for vegetable gardens and fruit orchards on reclaimed riverbed. All the work was done by hand. His guru and taskmaster, Babaji, said, “We don’t wait for miracles. We create them.”

Those experiences in India, where he also met his marital and business partner, Karina, wooing her by post for 11 years, provided much of the heft and impetus behind the Kamalaya Wellness Retreat and Holistic Spa on Koh Samui. Secreted among the boulders and palm trees of the sparsely inhabited southeast corner of the island, Kamalaya’s construction was a Herculean undertaking that even dwarfed his previous endeavours at the Indian ashram.

The results illustrate the founders’ desire to create a nature retreat with upmarket designer smarts. In my villa, an enormous boulder crouched behind the bed and merged with the wall. In the semi-alfresco bathroom, hemmed in by bricks walls like the skeletons of Thai temple ruins, the shower nozzle gushed from inside a tree trunk while flowers and fronds sprouted from a garden-like plot. At night the effect was even more theatrical; candles placed inside alcoves created a flickering shadow play on the brick walls and the boulder.

The alcoves look like a hybrid of a temple roof and a silhouetted tree. This motif, partly earthy, partly otherworldly, and variations on it, are repeated throughout Kamalaya: in the wellness centre, a massive wooden structure that seems to levitate over the jungle, affording glimpses of a private beach and a ruffled sea spangled with sunbeams; and in the Hindu and Buddhist shrines beside the walkways hewn from stone that meander past plunge pools and wooden pavilions for spa treatments.

Even the tiniest details at the sanctuary – the menus made from mulberry bark and the light-bearing fish traps that illuminate the restaurant at night – have been rendered in earth tones for visitors who not only want to reconnect with nature but their better selves and core values. 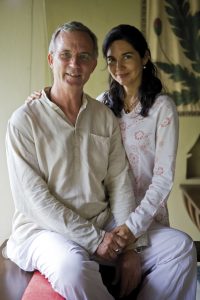 ‘I’ve regained my appetite to compete’
Karina Stewart is the program director. As an undergraduate at the Ivy League school of Princeton, she majored in Cultural Anthropology and minored in Religious Studies, specializing in Indian faiths. A chance encounter with a Taoist master in Seattle inspired her to learn the needlepoint of acupuncture and do another degree in Traditional Chinese Medicine. “Ever since I was a young girl I wanted to make a positive contribution to people’s lives, but I came to prefer Asian and Indian medicine, which are more holistic and more in harmony with nature,” she said.

Karina’s creation of nine core programs, launched in 2006, provided the anatomy for the sanctuary’s success: a 96% occupancy rate during the current high season. The detox, weight loss and rejuvenation programs are all popular, but more and more visitors come looking for a port of calm in a sea of stress.

One such captain of industry is Joseph McKeever. In Dubai, he is the owner and CEO of a flight simulator company called Spatial Composites. Exhausted by months of overwork and a junk food diet, heavy on coffee and doughnuts, John recently escaped to Kamalaya for his second retreat. “When you’re caught up in a pressure-cooker at work day after day, you can’t see the situation clearly. But here I’ve been working out every day and not reading the paper or going on the Internet, so the fog has dispelled and I’ve regained my appetite to compete.”

Over the course of a seven-day “Stress and Burnout Program” the Irishman came up with a whole new business plan to manage his office. “I need to reorganise myself and the office so I only have to put in a few days a week in the office, but I have to work smart instead of stretching the work out over an entire week, because I’ve been doing too much of the work myself and not trusting other people to handle the tasks at hand.” 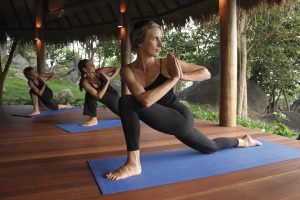 Taking control over your life
Much of the stress that grinds people down is self-created, said Rajesh Ramani, a life coach and meditation teacher. Besides private consultations, the former monk who worked with the poorest of the poor in rural India for many years, gives workshops at Kamalaya where he pinpoints the underlying causes of stress and the ruptures in relationships from a layman’s perspective. “We obsess over all these political situations and economic crises. We follow them constantly on the Internet and TV, but we have no control over them. This leads to overwhelming amounts of stress that are unnecessary,” said Rajesh.

His workshops and consultations are devoted to giving people back a sense of control over their lives. Self-empowerment is a motif, often reiterated by John and Karina, which is the bone marrow of all the different programs at Kamalaya. Dr Song, the acupuncture specialist, said, “In Chinese traditional medicine we believe that the doctor and patient must work together. It’s not a case of just prescribing pills. I really need to talk to the person and get to know them.”

All sorts of anecdotes like that are commonplace around the “community table” in the wooden restaurant, perched at the height of a hornbill’s nest in the middle of the jungle, where guests form an ad hoc support group every night. Almost unimaginable in today’s urban world, no one is using cell phones or laptops. This is also part of Kamalaya’s premise: to help people reconnect with each other.

Overall, the Kamalaya concept is so vast and far-reaching, combining the age-old disciplines of yoga, tai chi and meditation, along with an art gallery, library and film screenings, juxtaposed against all the latest breakthroughs in science, nutrition and bio impedance analysis, that it defies any attempts to encapsulate it in slogan-sized summaries or full-length features.

Far easier to grasp is that the retreat has few peers in the world of wellness and seems destined to become a prototype for the future of health-conscious, soul-seeking travel.