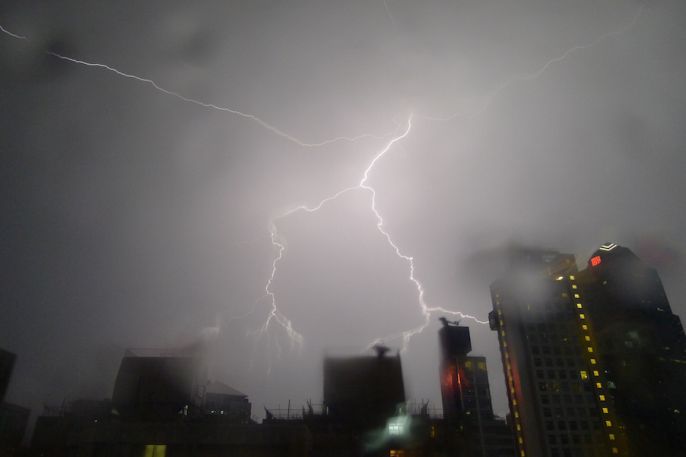 Weather patterns have gone schizo and loco lately with unheard of days of downpours in Bangkok during the dry season, cold snaps and lashes of wintry wind and frost in Europe, and even blizzards and school closures in normally balmy but rainy Vancouver.

As one media pundit put it, “Climate change is the only big issue that the media doesn’t exaggerate.”

Slowly but decisively an organic revolution (perhaps evolution is a better word) is sprouting across the planet.

Here is the text for a new feature of mine and a link at the bottom for the online version from the Bangkok Post supplement, Spectrum, looking at the fifth annual Green Products Fair in Bangkok from February 9 to 12.

SOWING THE SEEDS OF CHANGE
The premise of the film Food, Inc. reads like an Orwellian take on farming and agriculture, where a multinational has patented seeds, employing dozens of private investigators and a 1-800 hotline to track down farmers accused of stealing them, where just 13 slaughterhouses have monopolized the US meat market and incubated a slew of killer viruses, where abattoirs are run like assembly lines and the illegal immigrants who staff them are treated only slightly better than the animals.

It looks like a dystopian vision of the future, except this is a documentary and it’s all happening now. Many viewers find the film hard to stomach, but its silver lining is the evolution of the alternative agriculture movement.

One of the movement’s pioneers in Thailand is Wallapa Van Willenswaard. As the director of the Thai Green Market Network, she has mothered the annual Green Fair through five years of growing pains. This season’s cluster of events runs from February 9-12 in the Faculty of Arts Building on the Chulalongkorn University campus.

The fair unites farmers, vendors, shoppers, environmentalists, musicians and folkloric performers in a bazaar-like atmosphere bulked out with workshops on making soap and milling rice, cooking classes for veggie fare, and a truly ‘green party’ with live entertainment. Supplying some of the seed money are sponsors like the Petroleum Authority of Thailand and the National Innovation Agency.

“The fair is also about educating consumers and encouraging them to read labels and find out what they’re consuming,” said Wallapa. “These days, so many products claim to be made from all natural ingredients, but the reality is something else. We are also pushing for better labeling in Thailand.”

Participating for the third year in a row is Adisak “Dee” Kaewrakmuk who, in collaboration with his girlfriend, Goy, owns and operates a homey shop called Urban Tree on Bangkok’s Samsen Road. They are part of a new breed of young Thai urbanites with rural roots and a passionate interest in all things organic. “At the moment, this organic movement is still a trend not a lifestyle in Thailand, but that’s changing,” said Dee. “At the end of 2011, we had a huge order from the Kasikorn Bank group for 20,000 pieces to be used as gifts for their premium customers.”

On display in Dee’s shop is a wholesome range of products made in Thailand, like black rice, longan honey, herbal toothpaste and shampoo made with natural ingredients like kaffir limes and Indian gooseberries instead of sodium lauryl sulfate, a cheap and carcinogenic chemical commonly used in soaps and shampoos. Some of these goods will be on sale at their booth.

During a seven-year stint in the Thai heartland as a program coordinator with the Council on International Educational Exchange Programs based in Khon Kaen University, he assisted American college students from big-name schools like Yale and Berkeley to live and study with small-town farmers. That’s when he was exposed to the toxic side effects of modern agriculture. The twin scourges of pesticides and herbicides have reaped a grim harvest in these areas: taking lives and stealing livelihoods, turning rivers septic and transforming fertile earth into barren wasteland.

The friendships he formed with those farmers, many of whom no longer use such chemicals, have also became valuable links in the supply chain for his shop. Ironically, now that herbal products and natural knowhow have become “cool” these rural folks are no longer seen as backwards hillbillies but exemplars of eco-wise living. “The organic farmers are also making money so the younger generation will follow in their footsteps instead of coming to Bangkok to work in bars and sweatshops,” said Dee.

Hawking bushels of pesticide-free produce, the farmers are perennials at the Green Fair, which grew from 50 booths in 2007 to more than 200 in 2010. That growth is on a par with the burgeoning export market for organic fare from Thailand, which now adds up to around Bt3.5 billion per year, according to the number-crunchers at the Commerce Ministry.

Debuting at this year’s fair, Wallapa noted, “is a symposium for students and the general public on the last two days to swap ideas. We are also launching Towards Organic Asia, or TOA, a new network with members from Vietnam, Burma, Laos and Cambodia coming to speak in English during a seminar on the afternoon of February 11th. Some products from those countries will be on sale too.”

Now sprouting up across Southeast Asia, the organic revolution is a movement that she compares to “Occupy Wall Street” except it’s a lot more down to earth. For one thing, the major corporations are actually paying attention. Gary Hirshberg, the hippie environmentalist-turned-millionaire organic yogurt entrepreneur spoke in Food, Inc. of Wal-Mart’s decision to stop selling a brand of milk that contained a synthetic growth hormone because of consumer outrage. “Individual consumers changed the biggest company on earth.”

Rarely has so much power ever been vested in the pockets of shoppers to affect positive change on such a vast number of levels: physical, fiscal, political, cultural, ecological and rural. Rarely has the time been riper to seize this opportunity and use that power.

Outside the Urban Tree shop, a dirty grey dusk that looked like the bottom of a used ashtray was slowly smudging out the sun and sky. Dee looked out the window of his shop at the thunderheads massing on the horizon. “I’ve never seen it rain for five days straight in January in Bangkok. What’s going on out there?”