One of the world’s most important NGOs for studying coral reefs is also an in-depth study in voluntourism in Thailand. Reef Check’s findings are a cause for grave and global concern

Story by Jim Algie. Photos courtesy of Reef Check
Francine Vanwel was working on a voluntourist project about lions in Kenya, when she fell off the back of the Jeep and was left stranded on a midnight road. At first nobody knew she was lost. “I was very scared of snakes, scorpions and spiders, but we were doing this research about man-eating lions, and we had found all sorts of animals. But I wasn’t scared of the elephants, but of crawling things. As I was laying there I thought this was a nice story for birthdays back in Holland because nobody does these kinds of things. But it’s a blessing and really, getting involved with Earth Watch, is the best thing that’s ever happened to me in my life,” said the Dutch lady, who works with the blind in her homeland.

Francine was one of eight voluntourists staying at the Koh Ra Ecolodge in the Andaman Sea. They banded together for a 10-day Reef Check survey to examine the health of local reefs. Headquartered in California, the NGO surfaced in 1997 as a means of comparing data from a multitude of sources and marine scientists, using vastly different variables, to spawn the world’s first and most comprehensive study of coral reefs. 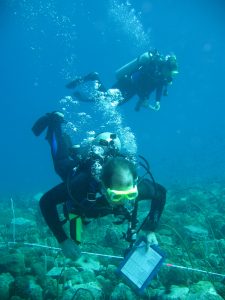 The results, said Reef Check’s coordinator in Thailand, Kim Obermeyer, revealed that these crucial eco-systems were in a much more dire state than the experts had anticipated. Since then, the decline has been precipitous, with 10 percent of the world’s coral dying in 1998 alone, and a base line deterioration rate each year of another one percent, said Kim. The biggest culprits are over fishing and destructive methods of fishing using dynamite, cyanide and bottom trawling. (Imagine a huge vessel dragging a one-km-wide net behind it, raping, plundering and uprooting the seabed.) Coastal development, water pollution and rising sea temperatures have also led to coral bleaching.

At this rate of decline, in two to three decades the world’s waterways will turn into dead seas. Apart from tropical rainforests, Kim said, coral reefs are “the most productive eco-systems on earth. About 33 percent of the world’s fish species are dependent on them and there’s some promising pharmaceutical research happening down there with a few different anti-cancer drugs being developed.”

SNAPPING A VITAL LINK ON THE FOOD CHAIN
If those fish die off, an important link on the food chain that feeds many malnourished people (particularly in Third World nations) will be snapped.

All of Reef Check’s voluntourism in Thailand participants are deluged with these facts and well schooled in what Kim called “holistic surveys”. In practical terms, this means examining all the aspects of reefs and their sub-strata, including all the fish and invertebrates. Of particular importance are “indicator species,” which by their presence or absence sends waves of information to the crew.

One such species are sharks – a so-called “top tier predator” – facing extinction because of the Chinese appetite for shark fin soup. (Far from being a health and libido booster, as many Chinese believe, studies have proven so many shark fins are contaminated with mercury that consuming them has the opposite effect.) Another indicator species is the crown-of-thorns starfish. They feed on hard coral, said Kim, “but if you’re seeing a lot of them it’s a level of infestation that can kill a reef.”

Let’s jettison all the “marine speak” for a few paragraphs, since one of the major lures for these volunteers was the chance to dive into the underwater realm and scrutinize it in a much different light. Diving for Reef Check, said Jarod Raithel, requires a slower pace, quite unlike the usual plunges offered by dive schools, where the tempo is more frenetic.

“On the reefs, there’s so many little dramas or relationships being played out. For instance, yesterday we saw a cuttlefish, a large mollusk with tentacles that’s related to squid and octopus, and very good at changing colours. But the cuttlefish was actually laying eggs. So we saw it keep going down to this hard coral and putting its tentacles under there. At first I thought it was feeding but Kim said no, no, no, it’s laying eggs,” he explained.

Jarod reiterated Kim’s point about the fantastic bio-diversity of these drowned rainforests, but also pointed out that, “a lot of what’s going on in rainforests is up in the canopy and you just can’t see it or enjoy it, whereas with scuba gear you can see those little banded coral shrimps or anemones, or reef sharks zipping off in the distance.”

Akin to many aquanauts, the easy-going American finds that water is his natural element. “It’s just so peaceful down there.” 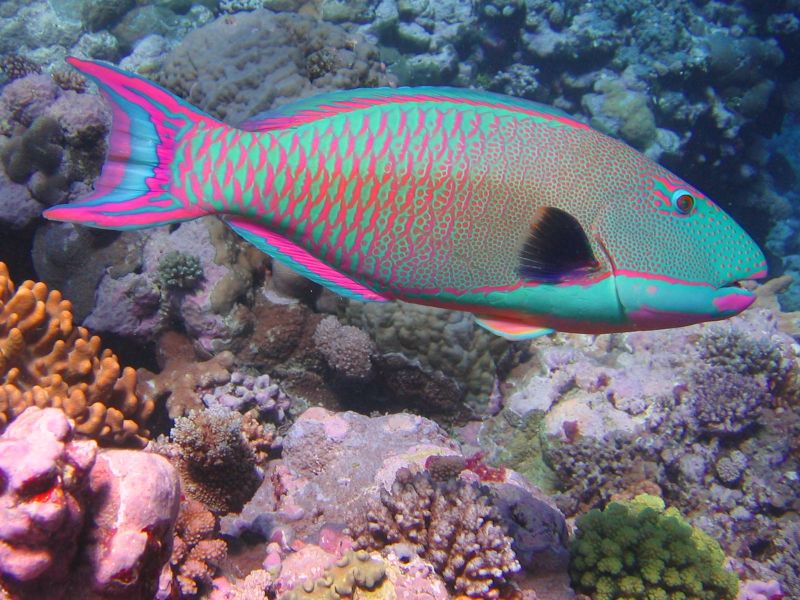 A RAINBOW CREW
What is fascinating about voluntourist projects like this is not only the ethnic diversity and age ranges of the group, but the fact that professionals like Jarod (a trained wildlife biologist) get to interact with laypeople like Francine as well as other experts from different points of the compass like Angeline Tew. Clad entirely in black – she must be one of the few Goth marine biologists on earth – the Welsh-Australian is a Parks Victoria Marine Planner responsible for a multitude of activities, like organizing clean-up events. For her, Reef Check was a way of finding out what was happening in Thailand, where Kim said locals and dive shops, not the government, are organizing the ground-level work and underwater clean-ups.

Yet another member of the crew was a middle-aged Australian banker working in Hong Kong. Partly as an incentive bonus, partly as a nod to the bank’s corporate responsibility programs, he was expected to deliver a lecture about the program and his experiences to his fellow bankers upon returning to Hong Kong.

Amongst this group of volunteers at the Koh Ra Ecolodge, there was an air of camaraderie and a sense of shared purpose, which I’ve rarely encountered with gaggles of ordinary tourists and travelers, whose only connection seems to be finding the cheapest bar or the most exorbitant spa, or complaining about touts. 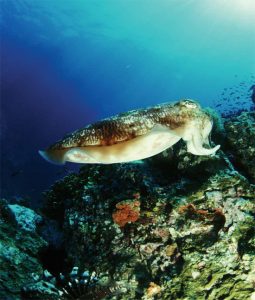 AUTHENTIC EXPERIENCES
Though voluntourism projects have become major stopovers on the world’s travel map – would you like to be a monk for a month or a rice farmer for a week? – the field is a breeding ground for cynicism. Francine, who is the representative for Earth Watch in Holland, said when she is giving presentations at universities or private companies, many people are skeptical. “You have to pay money to do voluntary work?”

But Earth Watch is much more reputable. Getting off the ground in 1971, they are probably the first voluntourist organization. In a National Geographic survey you can see on-line, the magazine gave them 98 points out of 100. As Kim explained, “Earth Watch gives us about 60 to 70 percent of the money they get from the volunteers and I believe that most Earth Watch projects cost in the range of a thousand to three thousand dollars.”

To the ludicrous contrary, some of the voluntourist groups Kim has been approached by offered him the pauper’s ransom of only 10 dollars a day to feed and accommodate each of the Gap Year students, who were paying thousands of dollars each for a program.

It’s hard to encapsulate such an intense 10-day program as Reef Check in so short a space, because it amounts to much more than diving and checking reefs, professionals interfacing with laypeople, lessons in Thai language and etiquette, sampling local food and a lot of clowning around. Above all, it’s an exciting detour on the superhighway of herd-driven travel that is thousands of miles away from the watered-down package tour. Exactly as in real life, weather conditions do not always cooperate. Equipment malfunctions. People such as Francine fall off Jeeps in the middle of lion country, or get stung by jellyfish, like when she was working on a project about dolphins in Brazil.

Out of all the voluntourists I spoke with on this project, the Dutch lady summed up her experiences with the most realistic enthusiasm. “It’s so much more fun than an ordinary vacation, because it’s about bonding, commitment and disappointments, doing hard work and having the best time of your life.”

(This story originally appeared in 2 Magazine in 2008.)

Jim Algie’s many books on Thailand and Southeast Asia are available on Amazon.com